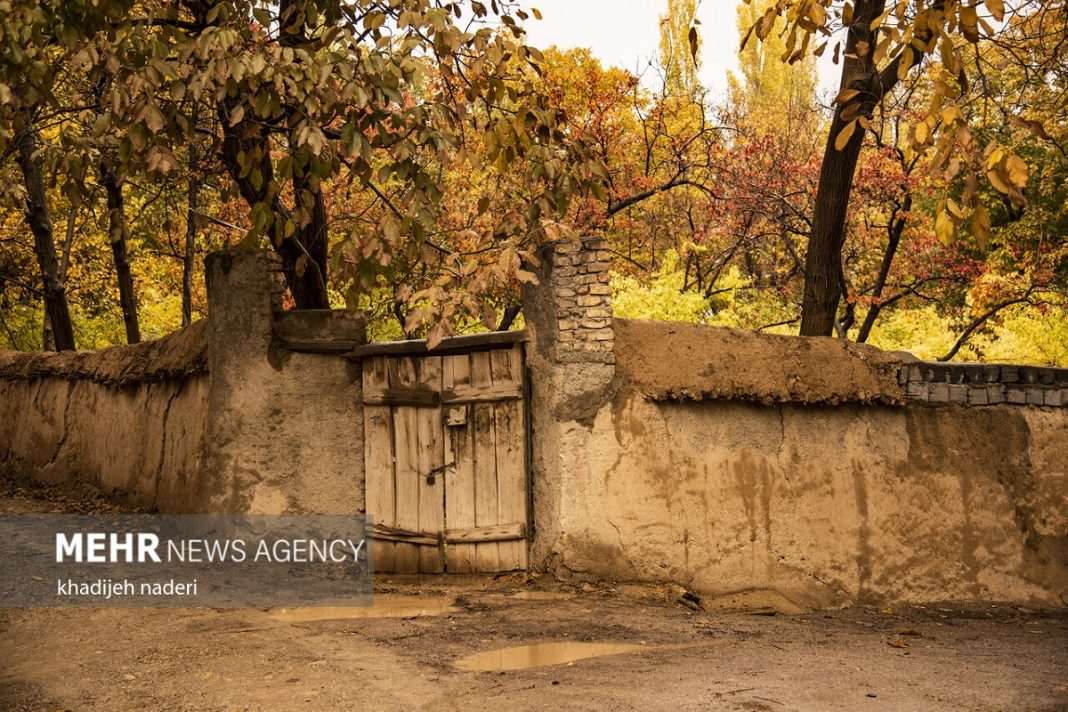 Khansar is a small city with a population of just over 20,000 people that is a two-hour drive away from the central Iranian city of Esfahan. The area has much to offer in terms of tourism. Here is a look at a few highlights on Khansar.

The presence of fire temples and other places of worship, especially Heikal Temple, as well as a grave stone bearing an inscription in Pahlavi Language – Middle Persian language – all indicate how old this central Iranian city is. It is said that the history of Khansar goes back to the pre-Islamic period.

Khansar county, just as other Iranian areas and cities, did not escape looting during the Mongol invasion of the country and suffered massive damage. But, almost 300 years later, during the Safavid era, the city was redeveloped and witnessed great cultural, artistic and industrial progress.

The construction of carpet-weaving workshops and the revival of vase pottery and other arts and crafts date to this era. 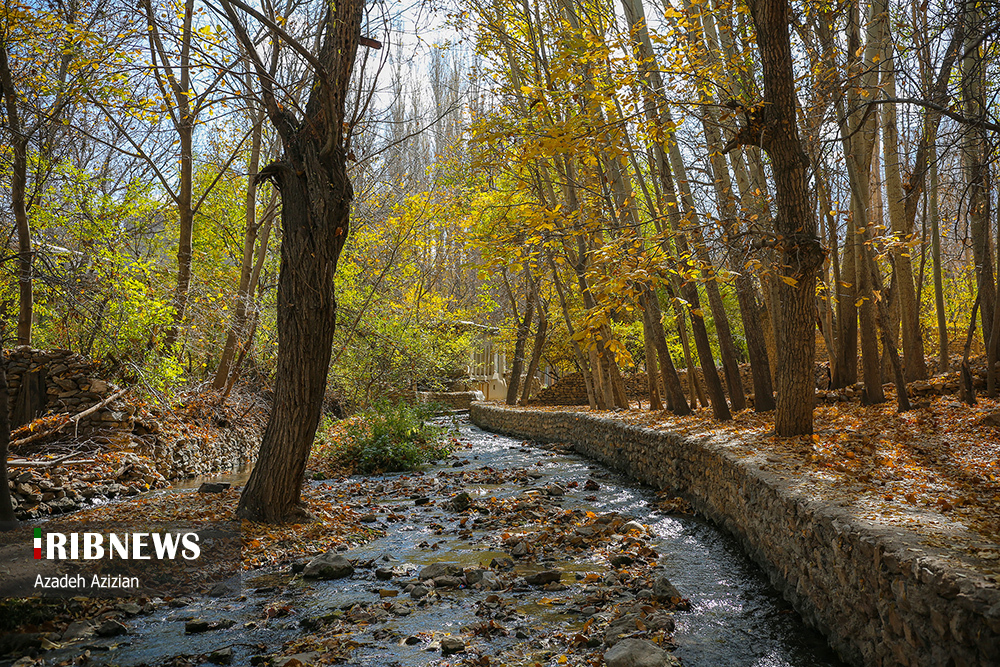 Khansar is 2250 meters above the seal level and has a pleasant climate. It enjoys a diverse vegetation and is home to different fruit trees including walnut, almond, plums and apples. Khansar’s honey is also highly popular.

These are besides its fascinating fields and groves located in Cheshmeh Saar and Golsaar areas as well as its farmlands and Golestankouh plain, where the local inverted tulips are world-renowned. 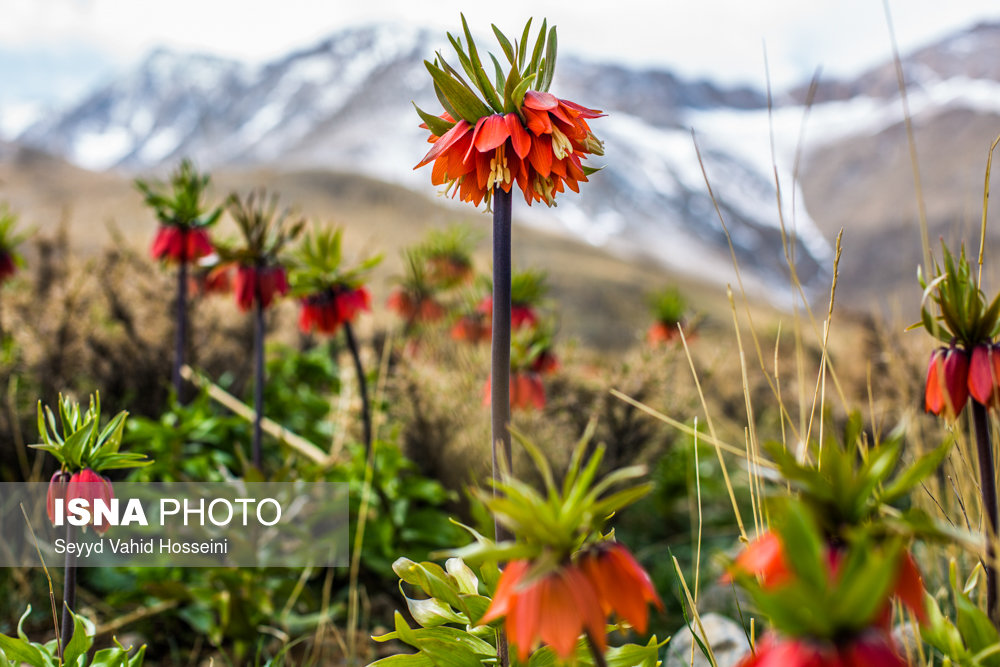 Khansar is a small city located near the central Iranian city of Isfahan. Khansar’s sights are very unique and striking. This is a city with rare beauties that have earned it the title of a paradise in desert.

Khansar is well-known for its high-quality honey, bewitching mountains and plains, covered with inverted tulips. However, the city’s sights are not limited to its nature. Every visitor should know that Khansar’s marvels go well beyond what was said and one can spend several days enjoying them.

Golestankouh is an area with a nice weather in Khansar that, thanks to its numerous natural springs, has an exceptional appeal. The area is a lush plain located in a valley close to Golestankouh, which is home to inverted tulips. The best time to visit this area is during the spring.

The area has a local vegetation of almost 70 different plants, some of them herbs. 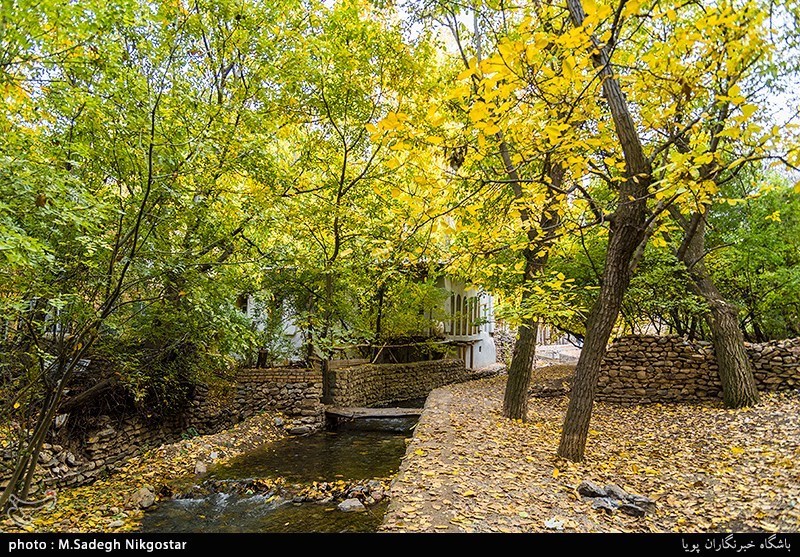 Khansar is a perfect example of a garden city in Iran. Trees form green domes in different parts of the city. The water is largely supplied by some 450 natural springs flowing in the city and this attracts many tourists every year.

If you are into ecotourism, another item on the list of Khansar’s sights that would catch your eyes would be the roads passing through the city’s old garden walls. Adobe garden walls are still there in some parts of the city. 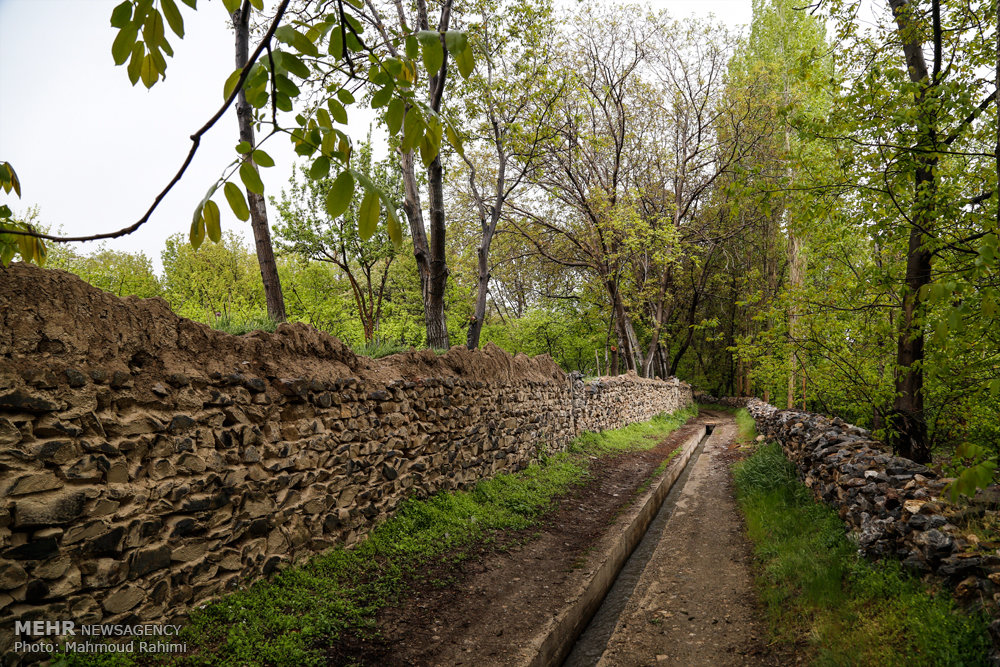 One of the most attractive locations to visit in Khansar is its Sarcheshmeh Forest Park. The park boasts many ponds that are fed by streams flowing from the local Kouh Seil Mountain. The water is extremely clear and is potable. 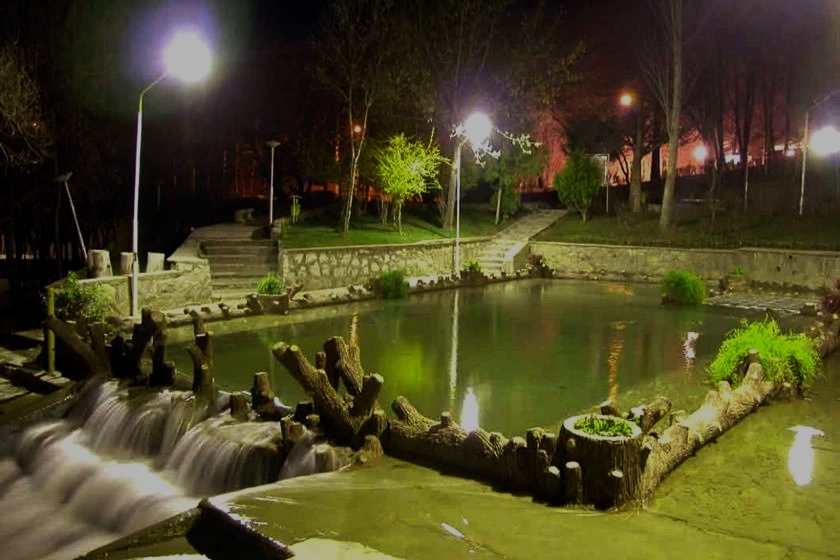 Khansar’s mill is located within Sarcheshmeh Park. The sound of a little bell attached to the millstone is still heard as it revolves.

The mill is the sole ancient mill in Isfahan Province. It is renovated and now, in addition to grinding wheat, attracts visitors, who want to take a look at the structure. 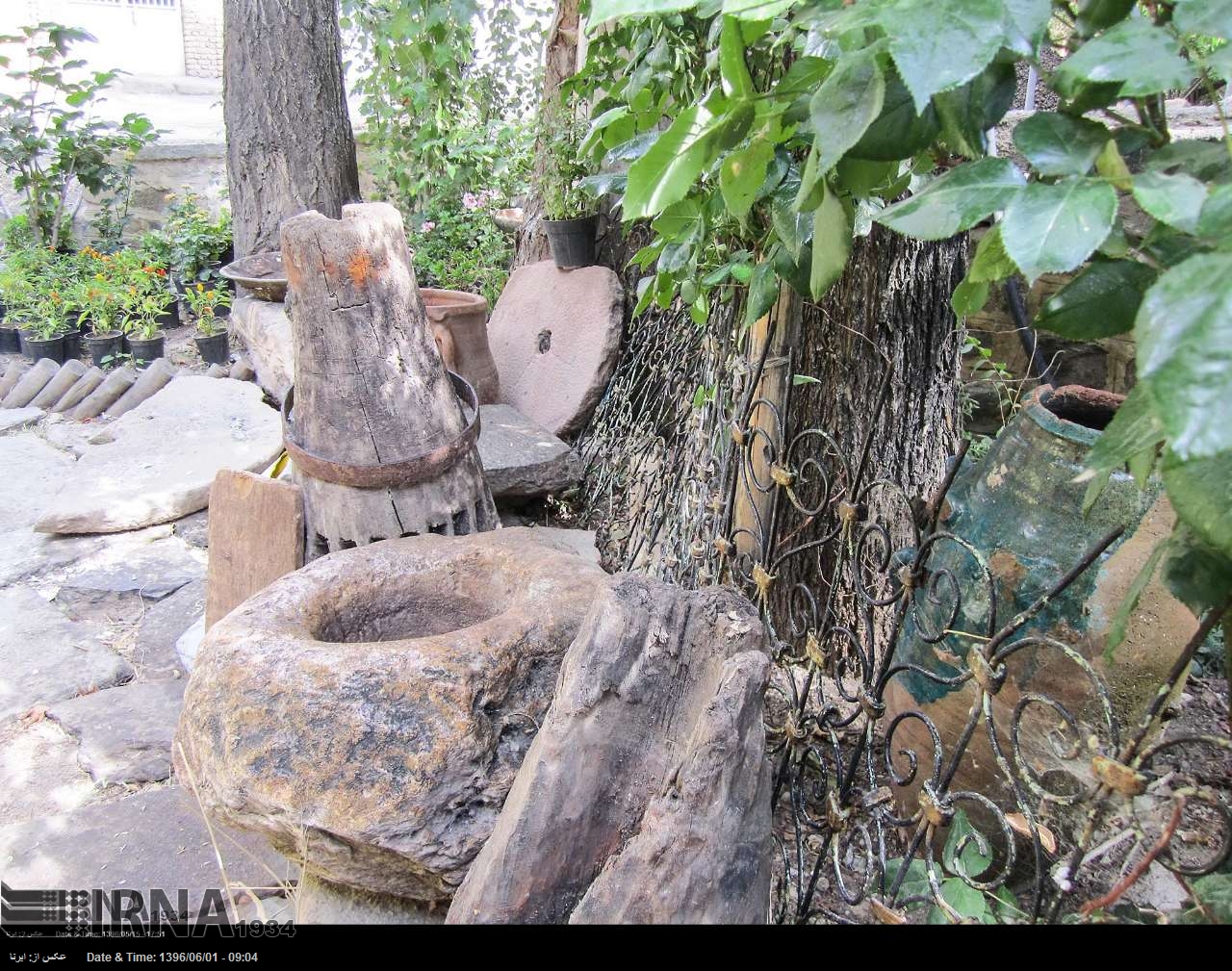 Caves are common in Khansar, which is located in a mountainous area. One of the most famous caves of the city is called Eshkaf, which has a 10-meter high mouth. Nearby, there is another cave where corrosion has cut a stone column into a body very similar to a human’s. 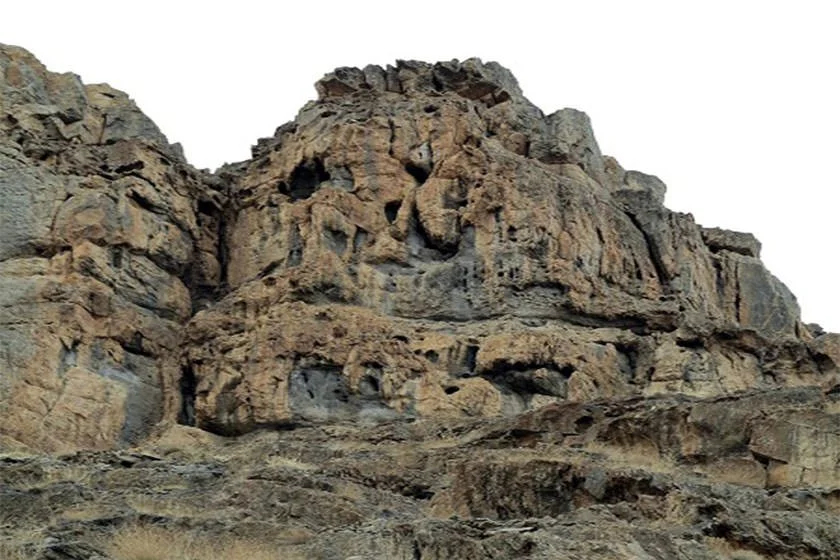 The structure is one of the unique mosques in Iran. It has no dome and has a single minaret. The mosque was registered as a national heritage in 1975. Masjid Jameh, as the mosque is known in Persian, is located in the southeast of Khansar.

It features exceptional plasterwork and fretwork and was built during the Safavid era. The mosque’s very unique and serene architecture adds to its historical appeal. The ceiling of the mosque is constructed using wood posts.

Only two structures with this designs are to be found in Isfahan, which is itself known for hosting some of Iran’s most unique and magnificent architectural designs. 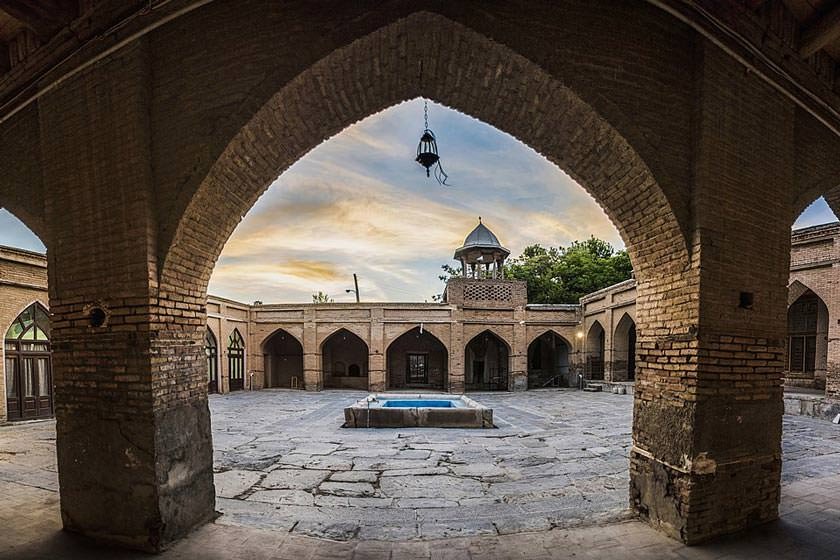 This school is one of the oldest seminaries in Khansar and was built next to the river that passes through the city, during the rule of Shah Soleiman Safavi in 1695 AD (Safavid area- Britannica).

If you want to visit a historical site in Khansar, you should make sure to visit the House of Abhariha – Abharis’ House. This is a gorgeous residence located in Ayatollah Khansari Street in the city’s Ra’eisan neighborhood.

The house dates to the Qajar era — 1789 to 1925 – and features stunning plasterwork and paintings. This house is more than 220 years old and is one of the most attractive places to visit in Khansar. 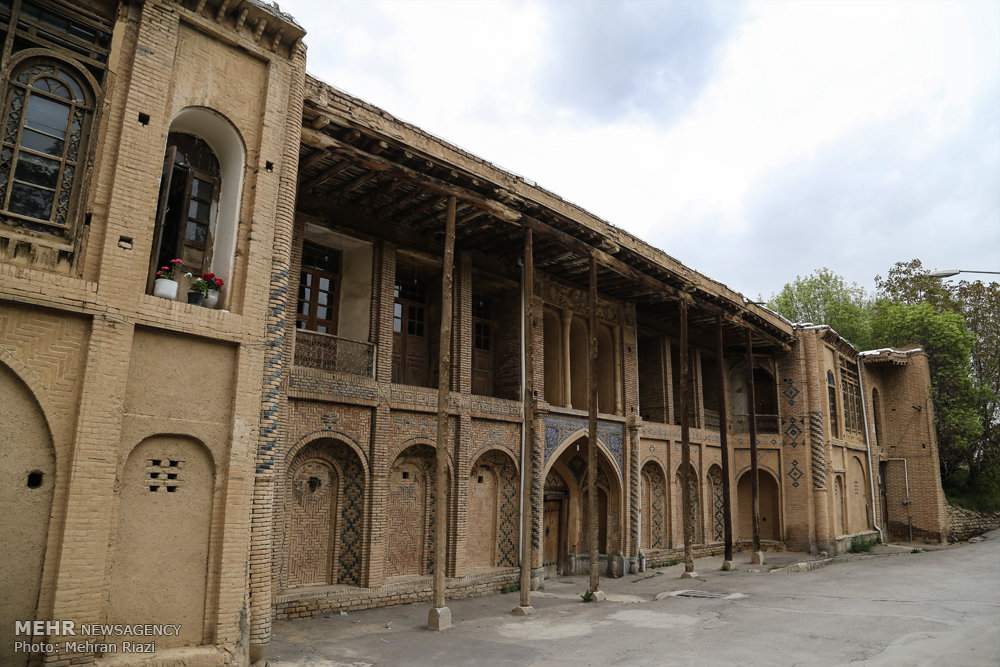 Souvenirs and Palatable Mementos from Khansar

Honey and Gaz – Persian Nougat – are the most famous souvenirs of Khansar County. Khansar is also known for its local cookies and confections including Halva Sohan.

Khansar’s souvenirs, however, are not limited to foodstuff. Sarough Rugs, otherwise known as Visti Carpets, which are woven in the village of Vist, are also among the key industries of Khansar and one of the city’s souvenirs. 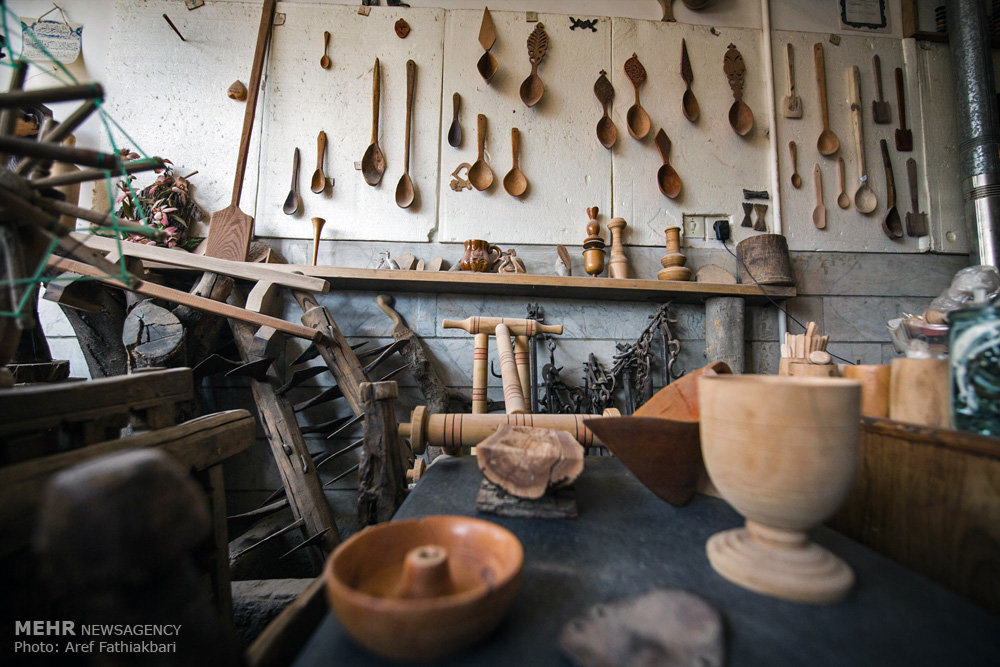 1. Which season is best for a visit to Khansar?

2. What are some of the attractions of Khansar?

3. Where to stay in Khansar?