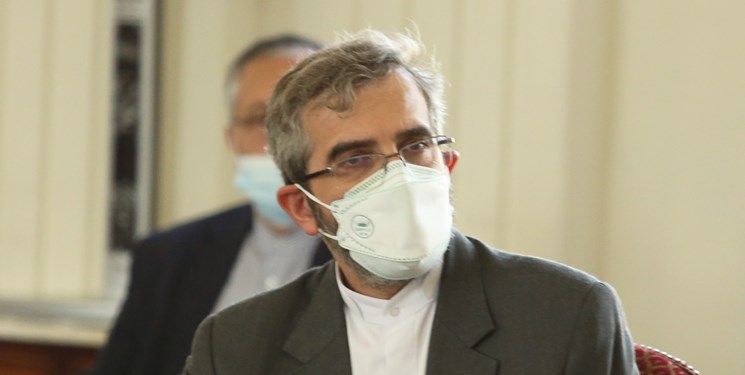 Iran’s chief negotiator to the Vienna talks Ali Bagheri Kani says the Islamic Republic and the P4+1 group have not yet begun a serious negotiation process to remove sanctions.

In an interview with Iran’s Press TV English news channel, the deputy foreign minister stressed that any sanctions that are contrary to the Joint Comprehensive Plan of Action must be lifted immediately, whether they were imposed during the administration of former presidents Barack Obama, Donald Trump or the current occupant of the Oval Office Joe Biden.

“The sanctions that have been imposed and re-imposed against the Iranian people are in contradiction with international law, international regulations, international principles, as well as with the…JCPOA and also UN Security Council Resolution 2231,” The chief negotiator stated, adding that all sanctions imposed as part of Trump’s so-called maximum pressure campaign should also be lifted because they were linked to the JCPOA.

Asked about reports that claim Iran is trying to buy time in the ongoing negotiations, Bagheri blamed such accusations on the Israeli regime, saying it is trying hard to prevent the talks from making progress.

Later during the interview, the deputy foreign minister said there is still disagreement over the issues of guarantees and verification.

Iran has repeatedly said that the United States must remove its sanctions in a verifiable manner and offer guarantees that it will not abandon the JCPOA again if it wants to return to the 2015 deal.

“In my opinion, if the other side has a serious will and is practically ready to fulfill all its obligations under the JCPOA without any exceptions, then I really believe that in a short time we will be able to reach a deal agreed by both sides,” the chief Iranian negotiator added.