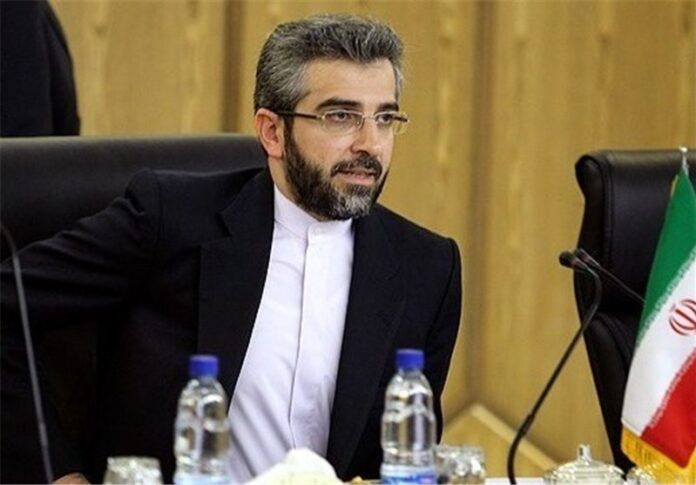 The Iranian deputy foreign minister says future talks to revive the Joint Comprehensive Plan of Action (JCPOA) must guarantee a complete removal of all anti-Iran sanctions and the normalization of trade and economic relations.

“Tehran is determined to negotiate a full and effective lifting of oppressive and illegal sanctions, to ensure the normalization of trade and economic relations with Iran, and to provide credible guarantees to prevent further non-compliance,” Ali Bagheri Kani said in a twitter post on Monday.

He also announced that he will fly to Brussels on Wednesday for a meeting with European Union Deputy Foreign Policy Chief Enrique Mora to continue discussions on “result-oriented negotiations”.

“The question is whether the other parties (to the nuclear deal) are genuinely prepared to fulfill their obligations, including calling on a non-member violator to abandon the destructive policies and legacy of the past?”, the Iranian deputy foreign minister wrote.

The senior diplomat warned that continuing the failed policy of maximum pressure will certainly not remove the obstacles in the way of negotiations to lift illegal and oppressive sanctions, but will add to the complexities of the negotiations.

Bagheri and Mora, who coordinates talks between Tehran and the P4+1 group, sat down for talks in Tehran earlier in October.

In that meeting, they agreed to continue talks in Brussels over the possibility of further negotiations between Iran and the P4+1 group in the Austrian capital Vienna.