Iran to Prepare Itself for Resuming Uranium Enrichment: Rouhani 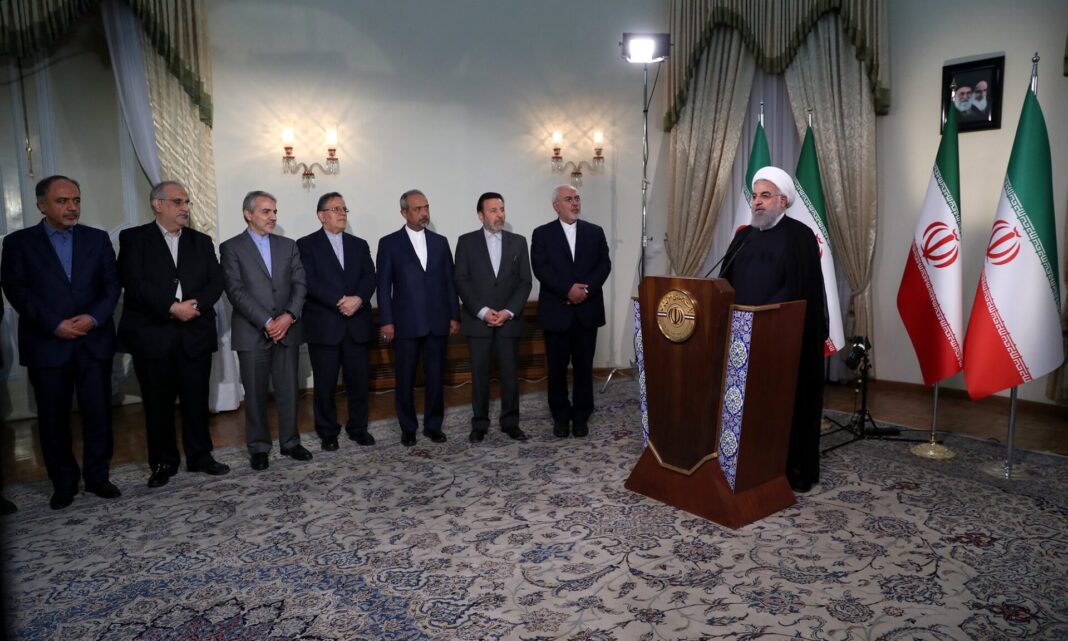 Iranian President Hassan Rouhani, in a live speech after Trump’s withdrawal from the Iran nuclear deal, announced that Tehran will resume its uranium enrichment at an industrial level if other parties to the accord fail to keep the Islamic Republic in the JCPOA.

Addressing the nation on Tuesday night after Trump pulled the US out of the nuclear deal, Rouhani said “from now on, the Iran nuclear deal will be a deal between Iran and five countries. The P5+1 has lost one of its members.”

“I’ve ordered the foreign ministry to start talks with other parties to the nuclear deal within the coming weeks. After these talks, if we are assured that we can achieve what we wanted from the deal through cooperation with other parties, JCPOA will remain in place,” he noted.

“I have ordered the Atomic Energy Organization of Iran to be prepared to resume industrial-level enrichment. We’ll wait for a few more weeks to restart our program. Everything depends on our national interests,” he added.

“Trump’s announcement tonight was a repetition of what they did in past few months. US fulfilled none of its commitments under the deal, while Iran implemented all its obligations,” he went on to say.

“JCPOA is not a deal between Iran and the US that Trump announces Washington is withdrawing from it. JCPOA has been a multilateral agreement approved by the UN. The US tonight showed it is not committed to the agreements it signs, as it did on the Paris Climate and other trade agreements.”

“The only regime that supported Trump was the illegitimate regime of Israel; the regime that assassinated our nuclear scientists, and on a daily basis has committed crimes against Palestinian people.”

“We had long been convinced that Trump is not committed to the nuclear deal, and thus had already made decisions to prevent the impacts,” he said, adding that the people will see Iran’s economic growth will continue.

“Iranian nation, as of tonight, will be more united and resolved than ever. Trump is exerting economic pressure on Iran and launching psychological war on Iran, but we won’t let him achieve what he wants.”

“I assure the Iranian nation that the government, since several months ago, has prepared itself for such a situation, and we’ll have no problem in this regard. People will not experience any serious problem in their daily lives in coming months.”

“Tonight I’m sorry for the American nation that a government has disgraced them, and I’m happy that an intrusive element has been removed from the Iran nuclear deal,” he concluded.