‘Iran to Keep Reducing JCPOA Commitments until Its Interests Secured’ 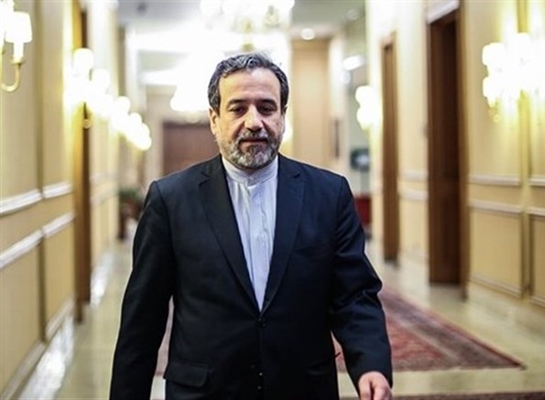 A senior Iranian official says the country will continue to scale back its commitments under the Iran nuclear deal until its interests are secured under the agreement.

Deputy Foreign Minister for Political Affairs Abbas Araqchi said Iran’s reduction of its obligations under the Iran nuclear agreement known as the Joint Comprehensive Plan of Action (JCPOA) is in line with the country’s rights stipulated under the JCPOA.

He made the comments in a meeting with Dutch Foreign Minister Stef Blok in The Hague where he is attending the third round of political consultations between Iran and the Netherlands.

In their meeting, Araqchi and Blok discussed the latest international issues, especially developments pertaining to the JCPOA, as well as boosting mutual relations.

High on the agenda of the talks were bilateral, multilateral and regional issues, namely the JCPOA, the Iran-proposed Hormuz Peace Endeavour (HOPE) initiative, shipping security in the Persian Gulf and the Red Sea, regional developments and reciprocal economic cooperation.

In the meeting, Blok reiterated the need to preserve the JCPOA, saying his country supports France’s initiative to work out a way out of the current crisis.

During the hours-long discussion, Araqchi slammed Europe’s failure to make good on its commitments under the JCPOA further elaborated on the four steps Iran has taken so far to reduce its JCPOA commitments.

He said if Europe wants to preserve the JCPOA, it should be ready to pay the price for that. He further said Iran’s right to stop fulfilling all or part of its obligations under the JCPOA is recognized, and that whatever Iran has done so far with regards to reducing its JCPOA commitments is not in violation of the agreement

Elsewhere in his remarks, Araqchi stressed that peace and security in the Persian Gulf region should be ensured by regional countries themselves, an objective pursued by the HOPE initiative.

“There is no need for coalitions which only result in a flare-up of tensions in the region,” he said.

He then referred to existing potentialities in economic relations between Iran and the Netherlands.

“Under the current circumstances, the Dutch government is expected to facilitate conditions for work by Iranian and Dutch companies and give the necessary assurances to his country’s economic enterprises.

The Dutch official, in turn, underlined Iran’s role in ensuring peace and stability in the region, adding the Netherlands seeks to help ease tension in the region.