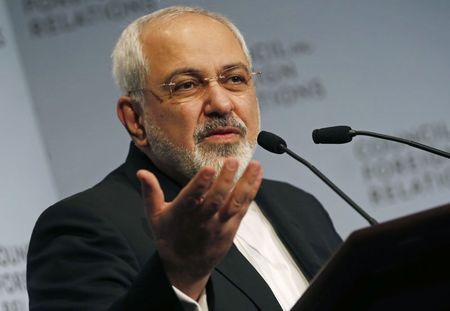 Iranian Foreign Minister says Tehran is resolved to continue its support for the nation and government of Afghanistan as they move towards “a stable, safe and prosperous Afghanistan”.

Addressing the 6th Ministerial Conference of Heart of Asia Process in Amritsar, India, Iran’s FM Mohammad Javad Zarif stressed that the stability and security of Afghanistan plays a vital role in regional prosperity.

According to a report by IFP, he also vowed that the Islamic Republic of Iran will continue its all-out support for the National Unity Government of Afghanistan, and help them as they move towards safety and prosperity.

Here is the full text of his speech:
In the name of God, the Compassionate, the Merciful

It is a great pleasure for me to address this important Ministerial Conference of the Heart of Asia Process. Allow me first to express my appreciation to the people and government of India for their gracious hospitality and excellent arrangements for this Conference. I would also like to thank [Afghan] President Ghani and [Indian] Prime Minister Mudi for their inspiring opening statements.

Five years ago, we founded this Process as a platform for regional cooperation by placing Afghanistan at its center, in recognition of the fact that a secure and stable Afghanistan is vital to the prosperity of the Heart of Asia region. We have made some progress; but we have a long way to go. Our region continues to suffer from an alarming surge in extremist violence; and a dramatic increase in drug production is threatening our societies. Afghanistan is most affected by these problems; 2016 has been a very challenging year for the National Unity Government of Afghanistan, as extremist groups such as Daesh [Arabic acronym for ISIS] are expanding their terror inside Afghanistan, even in Kabul.

We continue to fully support the National Unity Government and we stand ready to work with its leaders to help them discharge their responsibilities. We welcome the recent achievement of the government in making peace with Hezbe-e-Eslami [Islamic Party], and we hope that an Afghan-owned and Afghan-led peace process, benefiting from all capacities within the countries of the region, would move towards establishing lasting and comprehensive peace.

The challenges facing Afghanistan and our region are interconnected. Recent reports by the UNODC indicate a 43% growth in drugs production last year. Without drug proceeds, terrorists cannot finance their operations. And drug producers need militias and warlords to traffic their deadly commodity. Under-development, low income and lack of economic opportunities provide fertile and abundant recruitment opportunities for terrorist groups and drugs networks.

As a frontline country in the war against narcotics, we have offered alternative cultivation as well as alternative livelihood plans to dissuade Afghan farmers from opium cultivation. But to reverse the current alarming trend of increasing drug production, international cooperation with an integrated strategy for alternative development aiming to turn the war economy into a formal sustainable economy is inevitable.

The trilateral transit agreement between Iran, India and Afghanistan on the development of the port of Chabahar, is one important step in that direction. It makes it possible for Afghanistan to have access to world markets through open seas, making development of Afghanistan’s vast and rich mineral resources economically attractive. We invite interested actors from the region and beyond to consider participating in the development and expansion of Chabahar. The Khaf- Herat Railway project is another key connectivity project that connects Afghanistan to the international railway networks through Iran.

For the past 37 years, we have hosted no less than 3 million Afghan nationals at any given point. They have access to mostly subsidized services available to Iranian nationals, including basic commodities, public transportation, public health, and public education. This year alone, we are providing education to nearly 400 thousand undocumented Afghan students. And we receive almost no burden-sharing assistance from the international community.

As the lead country for the education CBM, we have our bilateral cooperation with Afghanistan within the limits of our national resources, while contribution by supporting countries to this CBM has not been promising. We encourage the donor community to consider contributing to this CBM, to enable implementation of approved programs and activities.