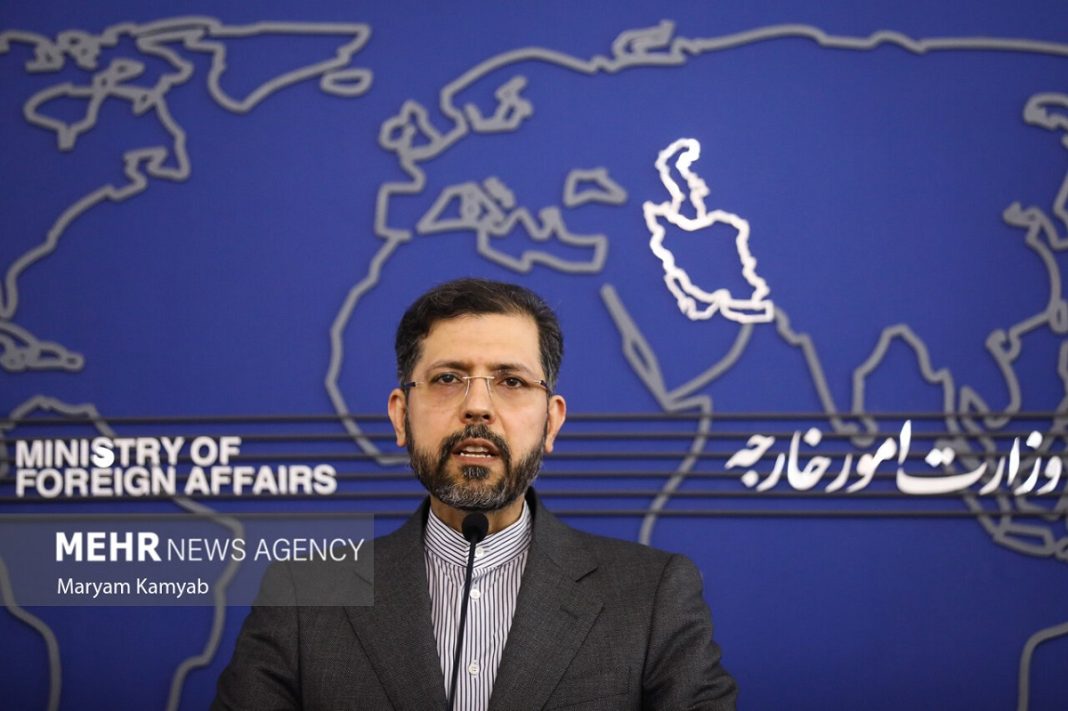 Iran’s Foreign Ministry Spokesman has strongly condemned the sacrilege of the Holy Quran by a Danish politician in one of Sweden’s cities, saying the Swedish government must be held accountable for the insulting act.

“The Islamic Republic of Iran strongly condemns setting the Holy Quran on fire in the Swedish city of Linkoping by a Danish racist and extremist element, which took place under the pretext of freedom of expression with the support of Sweden’s police,” Saeed Khatibzadeh said on Sunday.

The foreign ministry spokesman said the intentional repetition of this insulting move in the holy month of Ramadan hurts the feelings of Muslims in Sweden and across the world.

“This act of disrespect is a clear instance of hatemongering and is in violation of freedom of speech and must be condemned by all those who believe in coexistence and dialogue among religions,” he added.

“While we hold the Swedish government accountable, we are waiting for the immediate, strong and clear reaction of this country against the perpetrators of this insulting act and transparent and practical steps to prevent such moves from being repeated.”

“The move by the insulting person and his supporters makes unity of Muslims and Islamic countries against plots by enemies of Islam ever more necessary,” the foreign ministry spokesman added.

On Thursday, the leader of the Danish far-right Stram Kurs Party burned a copy of the holy Quran in a heavily-populated Muslim area in Sweden. Rasmus Paludan, accompanied by police, went to an open public space in southern Linkoping and placed the Muslim holy book down and burned it while ignoring protests from onlookers.