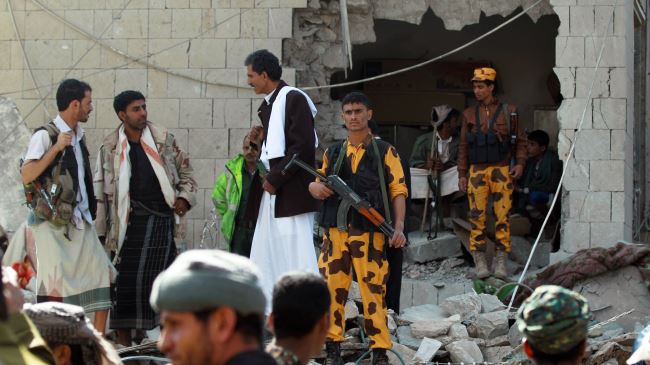 The Yemeni chargé d'affaires in Tehran has been summoned to Iran's Foreign Ministry following a car bomb attack which targeted the residence of the Iranian ambassador to Sana’a.

Iran has summoned the Yemeni chargé d’affaires in Tehran after a car bomb attack targeted the residence of the Iranian ambassador to Sana’a.

The Wednesday blast, which took place in the diplomatic district of Hada in the Yemeni capital, left three people dead and several others wounded.

The attack also damaged the Iranian envoy’s residence, but no Iranian diplomat was hurt in the incident.

The Yemeni official was summoned to Iran’s Ministry of Foreign Affairs to convey the Islamic Republic’s vehement protest to his government.

Tehran also laid emphasis on the need for the identification and punishment of the perpetrators and provision of relevant support for the protection of Iran’s diplomatic premises.

The Yemeni official voiced regret over the terrorist incident and said he would immediately communicate Tehran’s message to Sana’a.