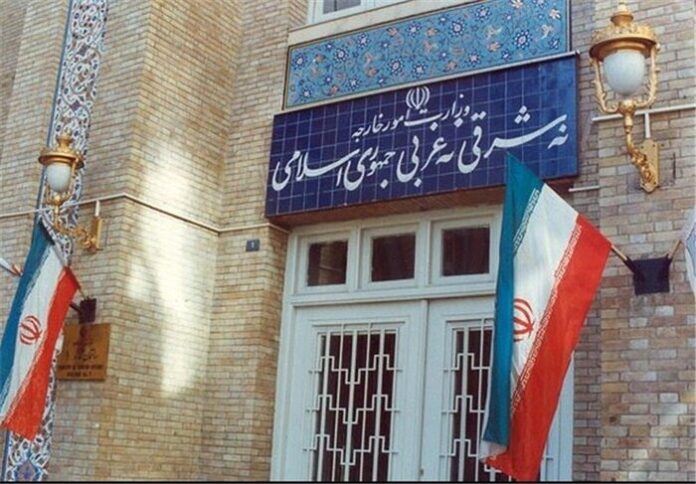 Iran’s foreign ministry has summoned Slovenia’s ambassador to Tehran over the unacceptable and undiplomatic move by the country’s prime minister to attend the virtual meeting of the MKO terrorist group.

“After the presence of Slovenian Prime Minister Janez Jansa in the virtual meeting of MKO terrorist grouping, the Iranian foreign minister’s assistant and director general of the Mediterranean and Eastern Europe department of the foreign ministry summoned Slovenia’s ambassador to Tehran Ms. Christina Radi and after conveying Iran’s strong protest against this move and the baseless accusations levelled against the Islamic Republic of Iran, gave her Iran’s official notice of protest against the government of Slovenia,” the ministry said in a statement.

“During the meeting, it was emphasised that Iran condemns the virtual presence of Slovenia’s premier in the gathering of a terrorist group, loathed among the great Iranian nation, as well as the official’s false and nonsensical remarks, which run counter to diplomatic norms and the atmosphere of bilateral relations.”

“This is besides the fact that supporting a terrorist grouping violates the UN charter, recognised international principles and human rights values and is, under no pretext, acceptable.”

The ministry added that Tehran asked for an explanation by the Slovenian government on the issue.

According to the ministry’s statement, the Slovenian ambassador confirmed that she will urgently convey Iran’s message of protest to her government.