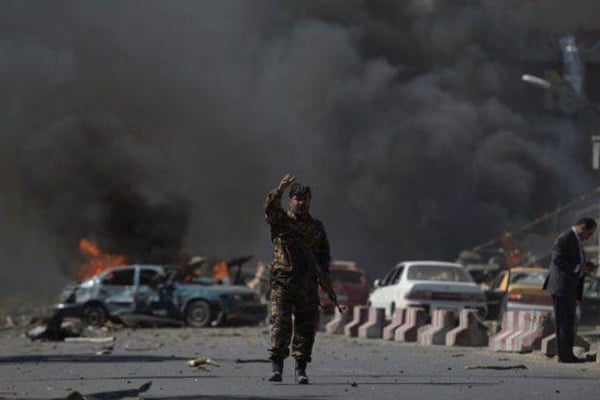 Iranian Foreign Ministry Spokesman Bahram Qassemi has vehemently condemned the latest bomb attack on a gathering of religious scholars in the Afghan capital Kabul which left tens of people dead and wounded.

In a Monday statement, Qassemi said the ‘dirty hand’ of warmongering terrorists committed another crime on a day during which religious scholars from all parts of Afghanistan had come together to hold talks on peace in the country and to condemn terror and violence.

Qassemi said the crime was carried out to prevent the righteous and peace-seeking voice of Afghanistan’s religious scholars from reaching the ears of Afghans and other nations.

He described the voice of the scholars as the voice of humanity, mercy, compassion and fight against animosity, violence, terrorism and suicidal moves.

The spokesman then extended sympathy with the Afghan government, nation and families of the victims of the heinous crimes and said creating a permanent peace in Afghanistan hinges on the unity and vigilance of the Afghan government and nation from all ethnic groups and religions.

Through unity and vigilance, they can leave behind this unwanted, tense and chaotic era, he added.

“As always, the Islamic Republic of Iran will stand by the government and nation of the friendly and brotherly country of Afghanistan and will not withhold any help, support or contribution to restore peace and security in the country,” he said.

An explosion early Monday near a gathering of religious scholars in the Afghan capital left at least eight people dead.

Afghan Interior ministry said a bomber exploded a device as clerics were leaving the Loya Jirga or Grand Assembly tent in the west of Kabul. According to police sources, 17 people were also wounded.

Some 2,000 clerics from around the country had gathered in the city to denounce terrorism and call for peace.

They issued a joint Islamic directive denouncing the ongoing war and terror attacks as illegal and against religious principles.

No group has yet claimed responsibility for the attack on their meeting.

The Afghan capital has witnessed a series of deadly bombings and gun attacks often claimed by the Taliban and ISIS terrorists.