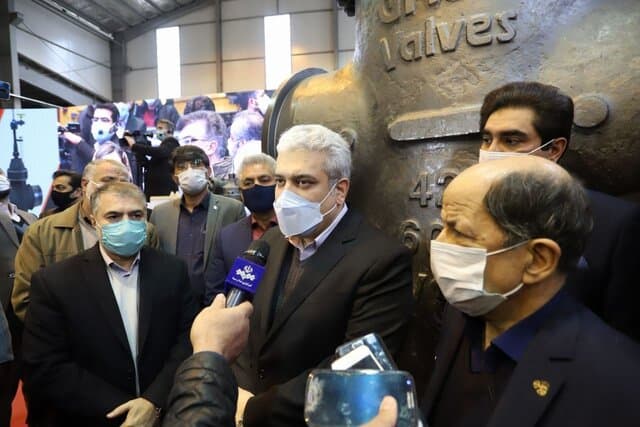 Iran has put into service the production line for gate valves used in crude oil transfer pipelines despite the sanctions imposed on the country.

The production line was established by two major companies and was inaugurated in a ceremony by Vice President for Science and Technology Sorena Sattari.

The gate valves are used in a pipeline almost 1,000 km long taking oil from the Goreh area to the port of Jask.

It is one of important national projects transferring some 2 million barrels of crude oil daily.
Speaking at the ceremony, the vice president said good cooperation exists between knowledge-based start-ups and major corporations, which has seen innovation and creativity finding their way into old big companies.

“It is very important to support knowledge-based companies at a time of sanctions,” he said, adding the Science and Technology Department of the Presidential Office is doing so by supporting domestic production of goods.

“Currently, there are more than 5,500 knowledge-based firms in the country, which have created more than 300 thousand jobs,” he said.