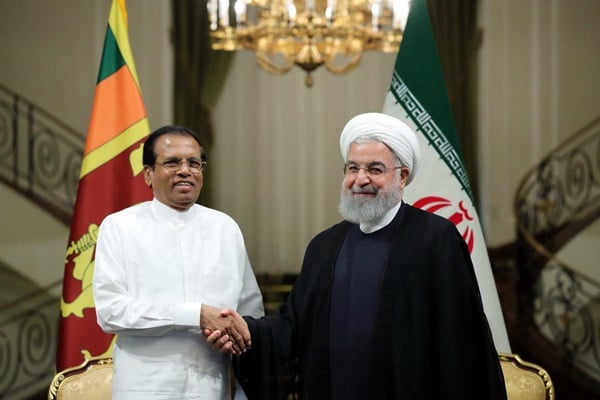 Iran and Sri Lanka signed five agreements on mutual cooperation in various areas in a Sunday ceremony in Tehran.

The ceremony where the documents were signed was attended by Iranian President Hassan Rouhani and his visiting Sri Lankan counterpart Maithripala Sirisena, reported the Iranian government’s website dolat.ir.

They also signed an agreement on the film industry, and a cultural deal on cultural and scientific exchanges between the two sides.