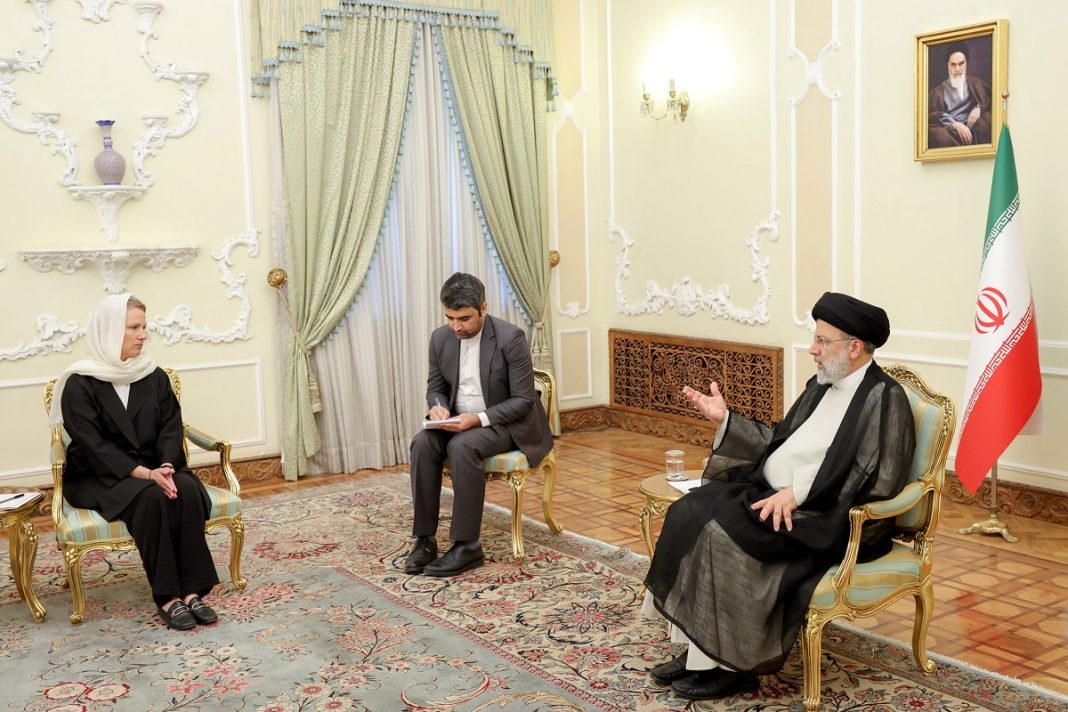 Iranian President Ebrahim Raisi has once again criticized the US and the European trio for pushing a resolution against Iran at the UN atomic body’s board of governors, calling the move irresponsible.

Raisi also said the drafting of the resolution at a time while talks between Tehran and the other sides were underway was a violation of the spirit of negotiations and the agreement and an indication of contradictory behavior on the part of Washington and the three European countries, Germany, France and Britain.

He was speaking at a meeting with Switzerland’s new ambassador to Tehran who presented her credentials to the Iranian president.

President Raisi referred to Switzerland’s diplomatic role as protector of the US’s interests in Iran, saying Washington and the European trio are making a miscalculation about Iran.

He expressed hope that the Swiss envoy will convey the reality about Iran to her own government and to other countries as well so they realize that Iran is pressing ahead on the path toward development despite enmities.

President Raisi said the bullying policies of the US and the European governments have been counterproductive, saying they must abide by the rule of engagement and agreement.

The new Swiss ambassador for her part said Iran and Switzerland have had diplomatic relations for over a century and their interactions and cooperation have always been positive and constructive.

She added that as Switzerland’s new envoy to Tehran, her responsibility is to expand ties between the two countries.