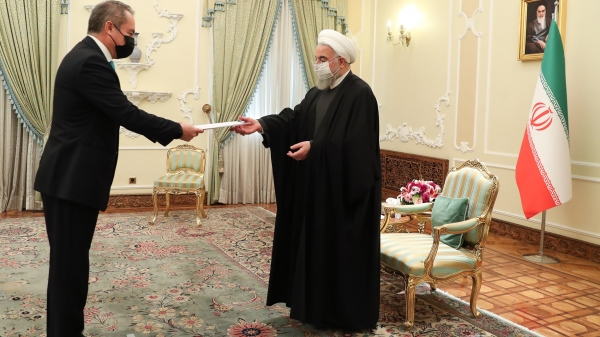 The Iranian president says the country is prepared to further enhance its trade and industrial relations as well as corporate cooperation with Mexico.

In comments on Tuesday, President Hassan Rouhani also touched upon cordial ties between Tehran and Mexico City as well as the existing potential for mutual cooperation in all areas, especially in economy as well as science and technology.

He made the comments in a meeting with new Mexican Ambassador to Tehran Guillermo Alejandro Puente Ordorica where the president received the top diplomat’s credentials.

The top Mexican diplomat, in turn, described Iran as an ally of Mexico, saying his country will spare no effort to boost mutual ties with Tehran.