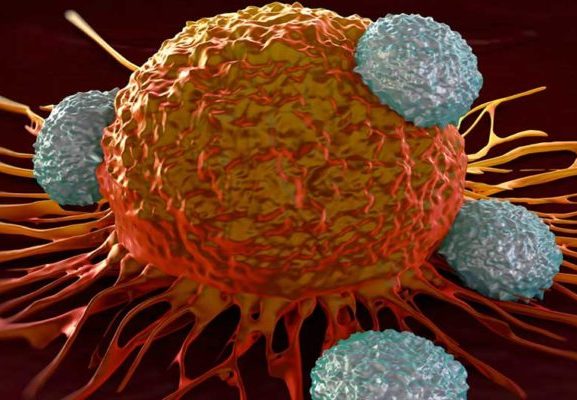 Iranian scientists have managed to find a new method for treatment of neuroblastoma (NB) cancer, which is based on killing a significant number of cancer cells.

The new method has been developed by a group of Iranian scientists including students and professors of Tehran University of Medical Sciences, a Farsi report by the Iranian government’s official website said.

Funded by the government, the scientists have managed to treat the NB cancer in an animal by killing a large number of cancer cells through activating its immune cells.

“In our body, various cells can merge together by using some secretions known as exesome. During our research in the laboratory, we managed to extract the exesome of the cancer cells when they merge with the neuroblastoma tumour cells,” he added.

He went on to say that the extracted exesome can fight and kill the nuroblastoma cells in large numbers.

According to Shoa-Hassani, the scientists have published their findings on the exesome in an article titled Nexosome.

“Neuroblastoma is a type of cancer mostly common among the children who have to undergo chemical treatments. But some of these patients don’t get treated even by the chemical surgeries and the cancer cells begin to spread in their bodies. So these patients have no way but to have hematopoietic stem cell transplantation,” said a member of the scientists group, Amir-Ali Hamidieh.

He went on to say that unfortunately sometimes even Hematopoietic Stem Cell Transplantation does not work. “We have found a new treatment for these patients and our findings are very promising,” he added.