Iran Says US Should Not Leave Afghanistan Irresponsibly 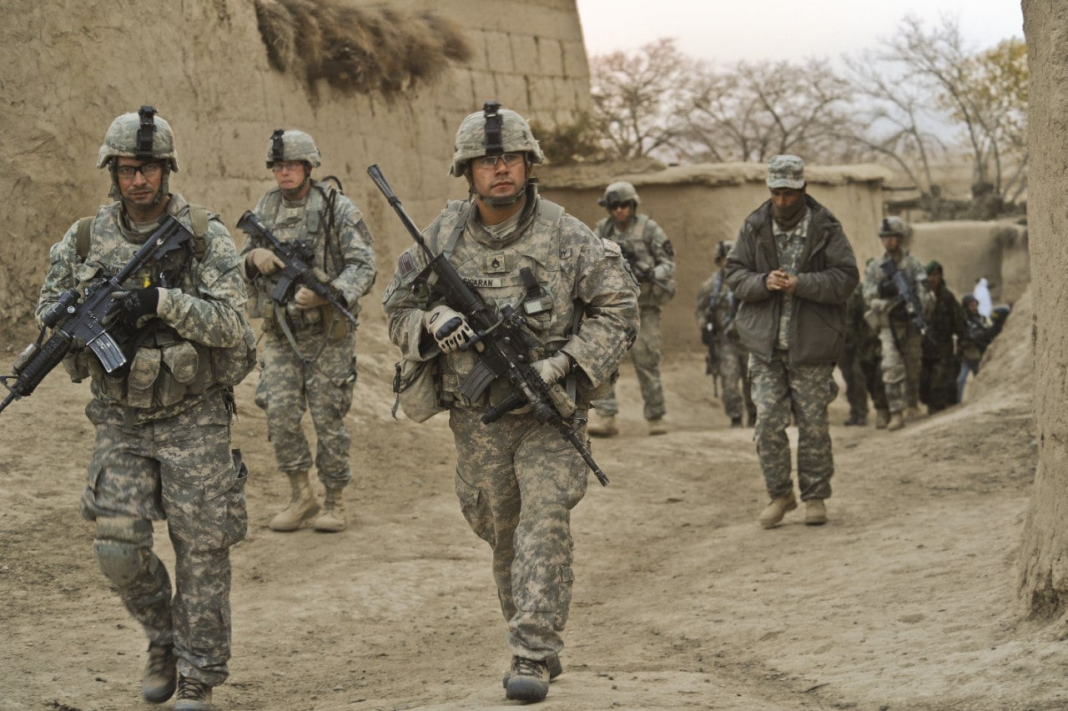 A senior Iranian official says the United States should not pull out of Afghanistan irresponsibly; rather, it should restore the destroyed infrastructure before leaving.

Twenty years on since the US-led coalition’s attack on Afghanistan, this country is still grappling with the provision of security, talks with the Taliban, supplying people’s economic needs and reversing the trend of immigration.

Various governments in the United States each tried a scenario in Afghanistan, and at the end, it came to Trump, who pressed ahead with negotiations with the Taliban at any cost by ignoring the Afghan government.

This comes as all regional and trans-regional players involved in the Afghanistan case have held talks and consultations with the Taliban at different levels, but it was the US government which valued this armed militant group highly, treating it like an official government and bringing it to the negotiating table.

Rasoul Mousavi, the director general of the West Asia Department at the Iranian Ministry of Foreign Affairs, has, in an interview with the Etemad daily, weighed in on a whole range of issues related to Afghanistan, including the presence of American forces in the war-torn state.

He believes holding talks with the Taliban is inevitable, but not with the style that Zalmay Khalilzad has adopted.

In this interview, Mousavi highlights several times that the Islamic Republic of Iran respects Afghan people’s choice and will to determine the political fate of their country, and has been opposed to the US trend in Doha since the very outset as such negotiations should basically be intra-Afghan talks.

In part of the interview, Mousavi offered his views on the degree of success of the Doha process kicked off during the Trump administration for talks with the Taliban.

“The United States has suffered defeats in Afghanistan in military, strategic and political domains. On the military front, the US government even increased the number of American forces on the ground in Afghanistan to 120,000, and as they themselves said, they used the “Mother of All Bombs” in that country. Still, they failed to succeed,” said Mousavi.

“From a strategic standpoint, Donald Trump implemented ‘The South Asia Strategy.’ The strategy was based on managing developments in Afghanistan while pressuring Pakistan and encouraging India to get involved in Afghanistan, but this strategy failed again. Under such circumstances when the US had been militarily and strategically defeated, it needed to admit defeat and leave as in the Vietnam case, or find another solution,” he added.

“Zalmay Khalilzad was commissioned by the Trump administration to find a way out of the US military and strategic defeats in Afghanistan and even turn it into a political victory. Before the 2020 US presidential election, representatives from the Taliban and the current Afghan government were supposed to sign a peace deal in Camp David in the presence of Donald Trump. But it didn’t happen, adding a political defeat to Washington’s military and strategic failures in Afghanistan,” Mousavi said.

He also touched on how the victory of Joe Biden in the US presidential election would affect the trend of talks in Doha between the US and the Taliban,

“The trend of Doha negotiations went in such a way that its continuation, with or without Trump, would not guarantee victory for the United States. So, … the conditions on the scene of US-Taliban talks ‘must’ change, and, of course, the presence of Joe Biden in the White House does influence such a change. The coming of Biden to power is an opportunity to preserve the United States’ image in Afghanistan’s case,” he added.

“Like all other peace trends in the world, in Afghanistan, too, there is a central government and an armed group, and the peace deal is signed between the government and militant groups. The United States had basically set aside the Afghan government. If you look at the text of the Doha agreement, you will see that no mention is made of the Afghan government in this text, and it is not clear who will be party to the talks mentioned in the agreement,” he added.

“The US didn’t want to bring the Afghan government and the Taliban face to face for talks. The US was seeking a regime change as well as a change in Afghanistan’s political structure. … The US was basically opposed to holding presidential election in Afghanistan because holding such an election would mean the maintenance of the existing system,” he said.

Mousavi noted that Washington kept saying there are two trends: the election trend and the peace trend.

According to Mousavi, the United States argued that the peace process takes precedence over the election process, and that they would choose the peace trend if they were to choose between them.

Elsewhere in his remarks, Mousavi underlined that the US should not leave Afghanistan irresponsibly.

“A responsible pullout is one of the provisions stipulated in international regulations on war. A country which attacks another should restore that country’s security and military structures before leaving,” he added.

“Now, after 20 years of presence in Afghanistan and failing to fulfill its international responsibility, the US cannot leave the country,” Mousavi said.

Elsewhere in his remarks, the top official noted that Iran can ensure its security despite a US troop pullout from Afghanistan.

“We are able to provide the country’s security. We have no problems with the Taliban when it comes to ensuring security, and we even have security cooperation with the Taliban on our borders,” he said.

He then noted that Tehran has not confronted the US in Afghanistan in retaliation for its pressure on Iran.

“Despite all the pressure that the Americans exerted on us, we didn’t take any action against them in Afghanistan. Over the past year, the US adopted the worst measures against us through the Afghan government. They closed our bank accounts and shut down our banks. …, Still, if we arrive at the conclusion that an effort is being made to ensure peace and stability in Afghanistan, we will take part in that trend,” he said.

He said Iran believes security will not be ensured along its borders without the existence of a “balanced, representative government” in Afghanistan which would serve the interests of all factions.

Mousavi says the Americans offered Iran, both directly and indirectly, to take part in the Doha talks, but Iran turned down their offer.

“The representatives of high-profile countries had been tasked with bringing Iran to Doha. The Americans thought Iran would listen to Russia and China, and that’s why they held the Moscow and Beijing meetings and invited us. At that time, the Russians and Chinese insisted that we take part in Doha talks, but the question they are asking us today is that how we knew at that time that the Doha trend wouldn’t succeed. We said that the Doha talks lacked any clear ending. We said that we would not participate in a trend that the Afghanistan government is not attending,” he said.

“Finally, the two sides sat at the negotiating table in Doha. Maybe the trend would have speeded up if Iran had taken part, too,” he said.

Mousavi then underscored that Iran would be ready to contribute to the trend of peace talks with the Taliban if that trend is reformed.