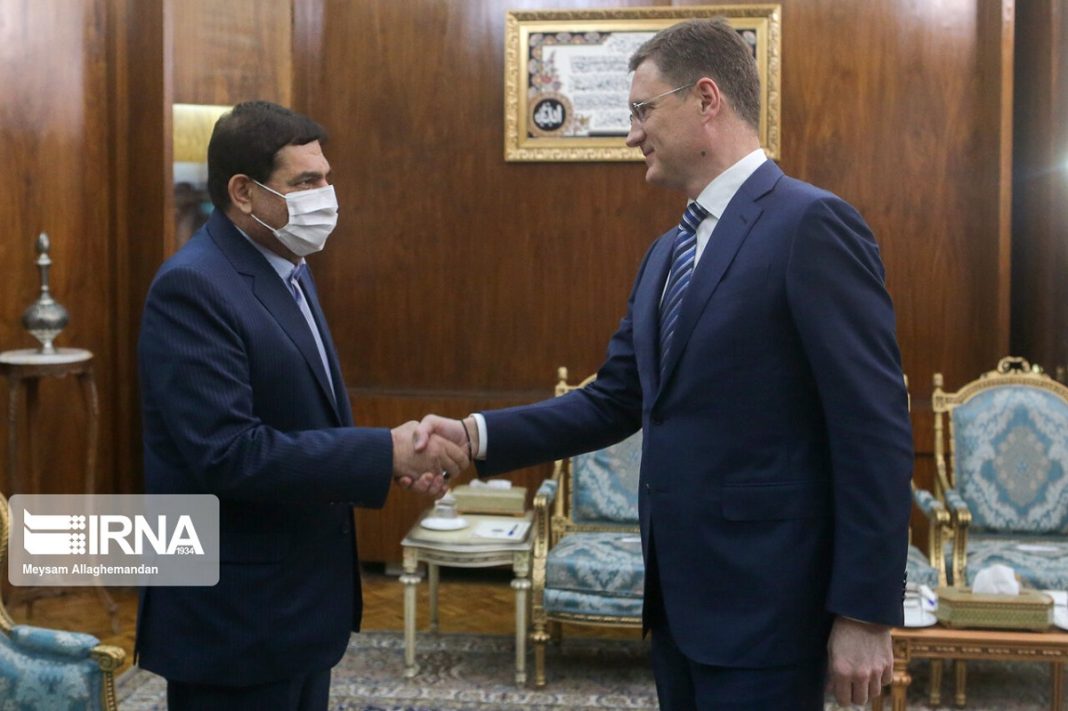 Mokhbar made the comments in a meeting with Russia’s Deputy Prime Minister Alexander Novak, who is visiting Tehran.

Mokhber added that Iran is ready to upgrade its cooperation with Russia in different fields, especially transportation, stressing that the recent meeting between the Iranian and Russian presidents in Moscow has prepared the grounds for further development of cooperation.

The first vice president also pointed at banking issues as one of the obstacles to closer cooperation between the two countries.

He said this hurdle should be removed including by using national currencies in mutual trade as far as possible.

Novak also said Moscow attaches great significance to expansion of relations with Tehran. He said Russia is ready to increase its investments in different sectors of Iran