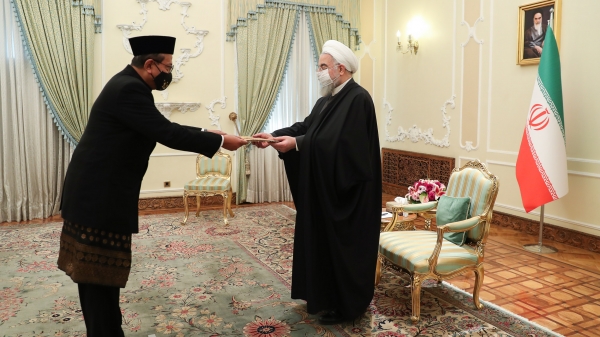 Iranian President Hassan Rouhani says the country is determined to forge closer cooperation with Indonesia on all fronts.

In comments on Tuesday, President Rouhani highlighted the importance of further promotion of mutual relations in domains of economy and culture as well as science and technology.

He made the comment in a meeting with new Indonesian Ambassador to Tehran Ronny Prasetyo Yuliantoro where the president received the top diplomat’s credentials.

President Rouhani noted that the Islam both Iran and Indonesia have in mind is the one practiced based on “moderation.”

The top Indonesian diplomat, for his part, underscored the need for closer cooperation between the two countries’ companies and running joint ventures.