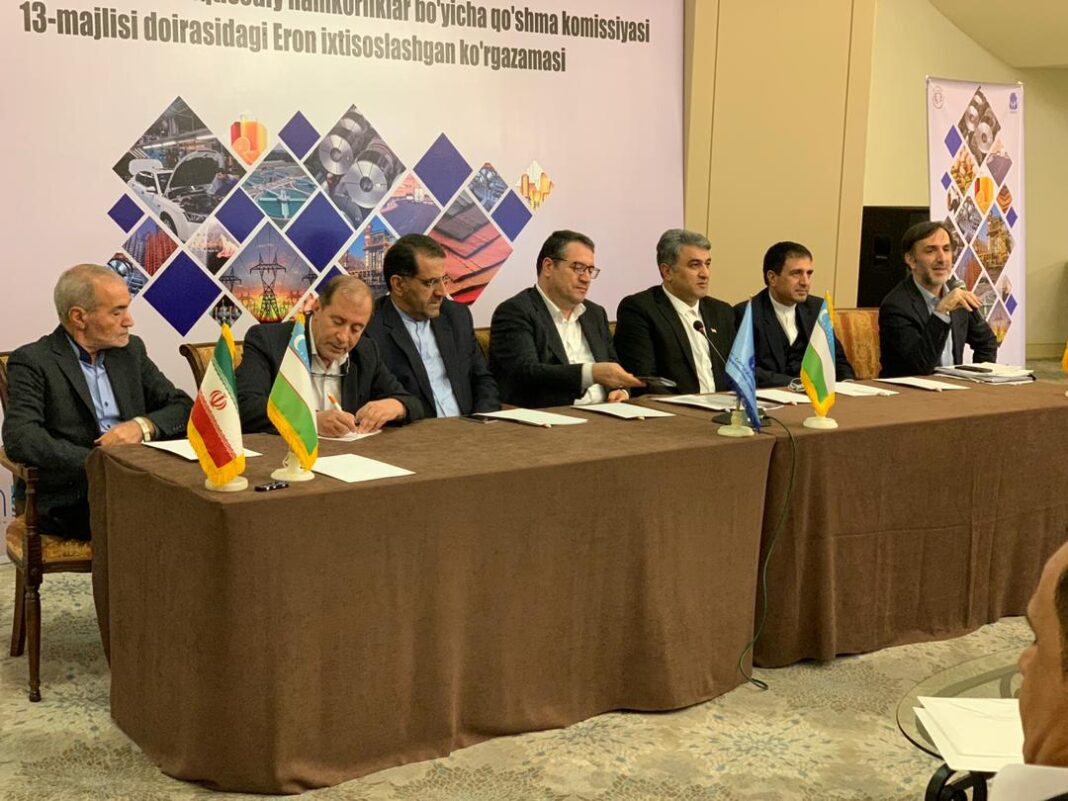 Iran’s Minister of Industry, Mine and Trade Reza Rahmani has expressed the country’s resolve to carry out a joint project on a transportation corridor with Kazakhstan, Uzbekistan, Turkmenistan and Oman.

Speaking at the 13th meeting of Iran-Uzbekistan Joint Commission of Economic Cooperation, held in Tashkent on Thursday, Rahmani said Iran favours the project on a five-party transportation corridor with Kazakhstan, Uzbekistan, Turkmenistan and Oman, and will seriously pursue the plan.

He also noted that the presence of representative of 50 Iranian companies in the meeting and Iran’s move to hold an exclusive exhibition in Tashkent reveal the significant role of the Joint Commission in promoting trade ties between Iran and Uzbekistan.

The Iranian minister also called for efforts to implement the agreements that Iran and Uzbekistan have signed in the past to enhance cooperation in various sectors, such as business, transportation, encouraging foreign investment, customs issues and tourism industry.

Highlighting the fruitful meetings he held with Uzbekistan’s Deputy Prime Minister Elyor Ganiyev, Rahmani said the two sides have agreed to settle the problems surrounding a series of goods subject to preferential trade tariff and to resolve the problems in the transportation industry.

Iran and Uzbekistan have held constructive talks on plans to facilitate the visa process for the nationals of the two countries, the minister added, stressing the need for more reciprocal visits by business delegations of the two sides and more exclusive exhibitions.

Rahmani further unveiled plans to promote cooperation between Iran and Uzbekistan in various spheres, such as the production of pharmaceuticals and medical equipment, auto parts, construction materials, as well as oil, gas and petrochemical industries.

Highlighting Iran’s perfect position in the region that allows for the shipment of commodities from Uzbekistan, such as cotton and fertilizer, Rahmani said the Islamic Republic of Iran Railways has given good discounts to Uzbekistan.

“Iran expresses readiness to increase transit exchanges, and to facilitate and accelerate the construction of Iran-Afghanistan-Uzbekistan railroad line,” Rahmani added.

At the conclusion of the meeting, Rahmani and Ganiyev signed the memorandum of understanding of the 13th meeting of Iran-Uzbekistan Joint Commission of Economic Cooperation.

According to Iran’s Deputy Minister of Industry, Mine and Trade Hamid Zadboom, the MoU entails closer cooperation between Tehran and Tashkent in industry, mining, trade, foreign investment, oil, gas and energy industries, customs affairs, tourism industry, and the scientific, technological, and cultural development.

The MoU also includes plans to broaden the bilateral relations in the transportation of goods, agriculture, irrigation, as well as legal affairs and documents, Zadboom noted.

“One of the major agreements made in the conference was formulation of a road map to mutual cooperation in the industry, mining, and trade, and the exchange of them (the road maps) as soon as possible,” he stated, saying the two sides have also discussed plans to strengthen cooperation in the transportation industry and to launch direct flights between Iran and Uzbekistan.