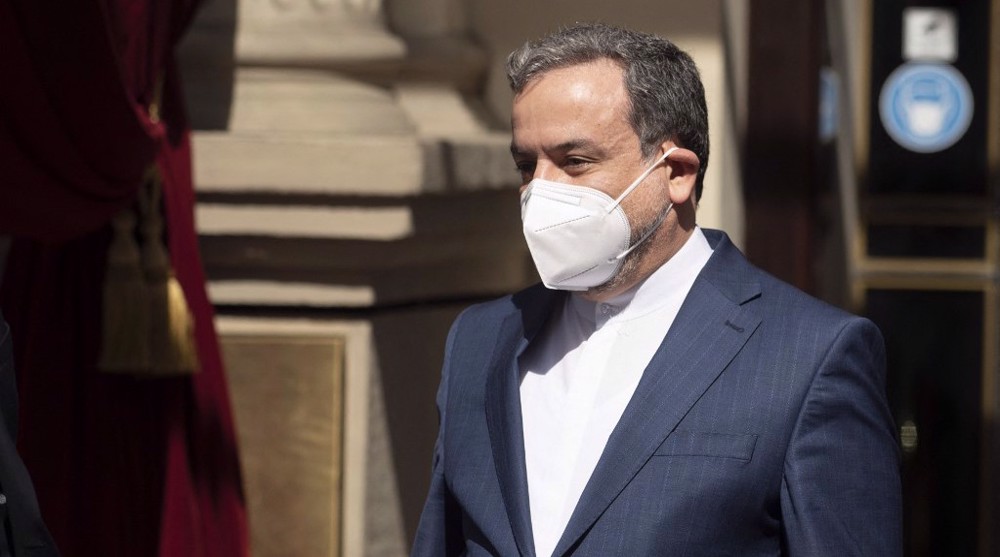 Iran’s chief nuclear negotiator Seyyed Abbas Araqchi says a new understanding is emerging following days of talks in Vienna, but the path ahead is not an easy one.

“Today, almost three days the JCPOA Joint Commission started its work, we once again convened a meeting of the Joint Commission to review the progress of talks held so far both in the field of sanctions removal and nuclear issues,” Araqchi said after the conclusion of a fresh round of talks among Iran and the P4+1 in Vienna.

He said the participants reviewed the reports presented by the working groups and held good discussions within the Joint Commission.

“It seems that a new understanding is being developed and there is now common ground among all [the sides] on the final goal,” he added.
Araqchi said the path that must be trodden is a little bit more familiar now.

“However, the path ahead will not be an easy one. The differences have not been settled yet. There are some serious disagreements that need to be decreased during next negotiations,” he noted.

“As we have repeatedly announced, Iran is not at all interested in and does not seek protracted and lengthy negotiations,” Araqchi said, adding that the talks will be continued for as long as necessary.

“We believe the talks have reached a stage where the sides can now start working on preparing a joint text. They can start drafting the text at least on sectors on which they share views,” the Iranian chief negotiator said.

Araqchi said the Iranian delegation has presented its own text both in the fields of nuclear measures and sanctions removal to all the P4+1 countries.
“We believe that the texts we have presented can act as a basis for negotiations and a final agreement,” he said.

“Of course the final agreement should not be necessarily similar to our texts, but these texts will serve as a basis for negotiations.”
Araqchi said the texts presented by Iran can provide the basis for a deal that both meets the demands of Iran and those of the opposite side about Tehran’s return to its commitments as per the JCPOA.

“We believe now it is time to start drafting the text at least on the sectors on which there is consensus,” he added.