Iran Says Grounds Prepared for Its Membership in Eurasian Union 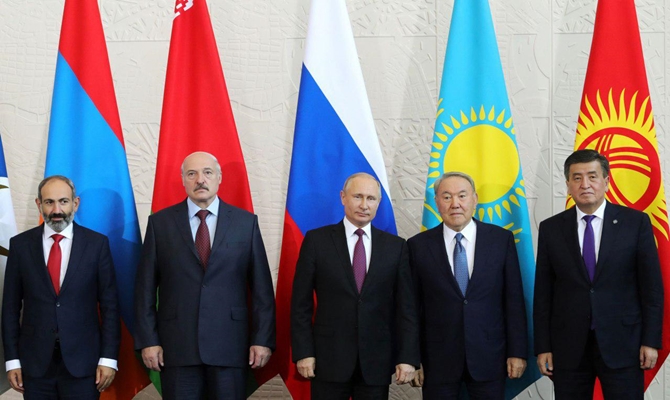 Despite sanctions imposed on and restrictions created for Iran's economy, arrangements for membership of the Islamic Republic in the Eurasian Economic Union have been made, said Iran's Energy Minister.

In an address to a group of businesspeople from the private sector and Chamber of Commerce on Tuesday, Reza Ardakanian said one of the main priorities of the government is attracting joint investments with foreign partners.

Amid the international sanctions imposed on the country, making investments in infrastructural areas is of great importance, he noted.

“To this end, joining to the Eurasian Economic Union could be very helpful,” he said.

According to Ardakanian, with the arrangements made so far, Iran and the union will hold a meeting in the next three months to discuss Iran’s membership.

“We hope the results of the meeting could be fruitful for our macro-investments,” he added.

Ardakanian said the Islamic Republic of Iran has braved the sanctions imposed on the country, preparing the ground for close cooperation between the public and private sectors.

“The government attaches significant importance to the private sector. We maintain that the Chamber of Commerce plays a key role in the upcoming accession of the Islamic Republic to the Eurasian Economic Union,” he added.

Back in December 2018, member states of the Russian-led Eurasian Economic Union formed a Free Trade Zone with Iran, preparing the grounds for Tehran’s long-awaited accession to the EEU.

The main advantage of the formation of the Free Trade Zone is reduction in import duties and establishment of a transparent trade environment.