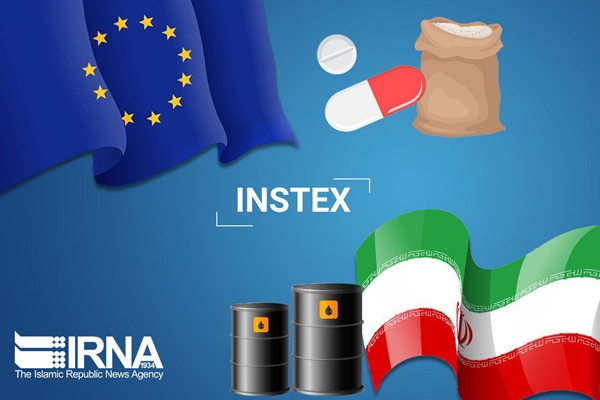 The CEO of Iran Special Trade and Finance Institute (STFI) says Tehran has set up the mirror mechanism proportionate to the EU's INSTEX channel and now the ball is in the Europeans’ court to run the Instrument in Support of Trade Exchanges to protect trade with Tehran.

Ali-Asghar Nouri has, in an interview with IRNA, slammed the European Union for its failure for implementing the financial mechanism which is supposed to facilitate doing business with Iran in the wake of the US sanctions.

He says Tehran, unlike what Europeans claim, has done what it was supposed to do for the implementation of the INSTEX, and now it’s Europe’s turn to do its turn within the 60-day deadline Iran gave in recent days.

Q: German Foreign Ministry spokeswoman Maria Adebahr said at a news conference on Friday that the INSTEX mechanism could not be realised yet due to some expectations from the Iranian side. Is this correct?

A: First, let me make it clear that by fulfiling the obligations assumed by the Iranian side in the text of the JCPOA, other parties, including Europe, are obliged to guarantee the economic benefits of the nuclear deal for Iran. Therefore, any action that the Islamic Republic is taking on the basis of the INSTEX is Iran’s contribution to Europe in order to fulfil its obligations as mentioned in the deal. Basically, according to the agreement, the Iranian side is not obliged to take any further actions. Therefore, the Iranian side cannot be blamed for the other party’s non-compliance. Let me make it clear. We have launched a Special Trade and Finance Institute to do business with Europe. This is precisely a proportionate mechanism to EU’s INSTEX. If Europe is ready today, we have no problems to carry out the processes that must be done in Iran.

A: As you know, the relevant regulations of these issues have already been implemented in the banking system and complementary ones are in progress. But the point is that before the withdrawal of the United States, European banks used to work with Iran, so now there should not be any problem either. In addition, the INSTEX mechanism essentially minimises the level of banking transactions between the two sides, and as a result these issues are less important in this mechanism, as long as the banks on both sides are directly interconnected.

Q: Isn’t the establishment of this mechanism bound to the approval of the FATF?

A: No. Of course, the European side insists that international standards must be respected and we are committed to implementing these standards within our domestic laws.

Q: The German spokeswoman also claimed that INSTEX’s complex structure was one of the problems in the way of launching it. What do you think?

A: Anyway, the complicated structure of US sanctions needs creativity to invent a mechanism that can circumvent all these sanctions. It also requires the same amount of complexity and time. Let’s not forget that Iran waited a whole year for the European side’s decision, and this time was enough to set up this mechanism. Therefore, it is expected that Europe will eventually be able to launch the INSTEX despite its complications.

Q: So, do you mean that the Iranian side has taken the necessary steps to start the INSTEX?

A: Yes, certainly. We have set up a mechanism proportionate to EU’s INSTEX and now the ball is in the Europeans’ court.