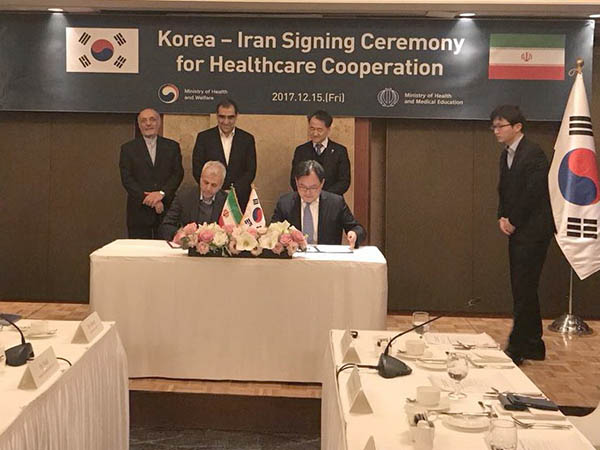 Iran and South Korea have signed seven cooperation documents in various areas as a step toward the enhancement of mutual relations.

According to a Farsi report by the Islamic Republic News Agency (IRNA), one of the documents was a memorandum of understanding (MoU) on cooperation in the field of health and medical equipment.

An MoU on hospital construction was also inked between some South Korean companies and Iranian hospitals.

The second document of the Iran-South Korea Joint Health Working Group was also signed between the two countries’ health ministries.

An MoU on health insurance and one on hospital information systems were also among the documents signed in the ceremony.

Iran’s health minister heading a delegation arrived in South Korea last Wednesday. During his trip, the minister is accompanied by a team comprising officials from the health ministry as well as the Parliament’s Health and Treatment Commission. Hashemi winds up his trip on South Korea on Saturday, December 16, 2017.