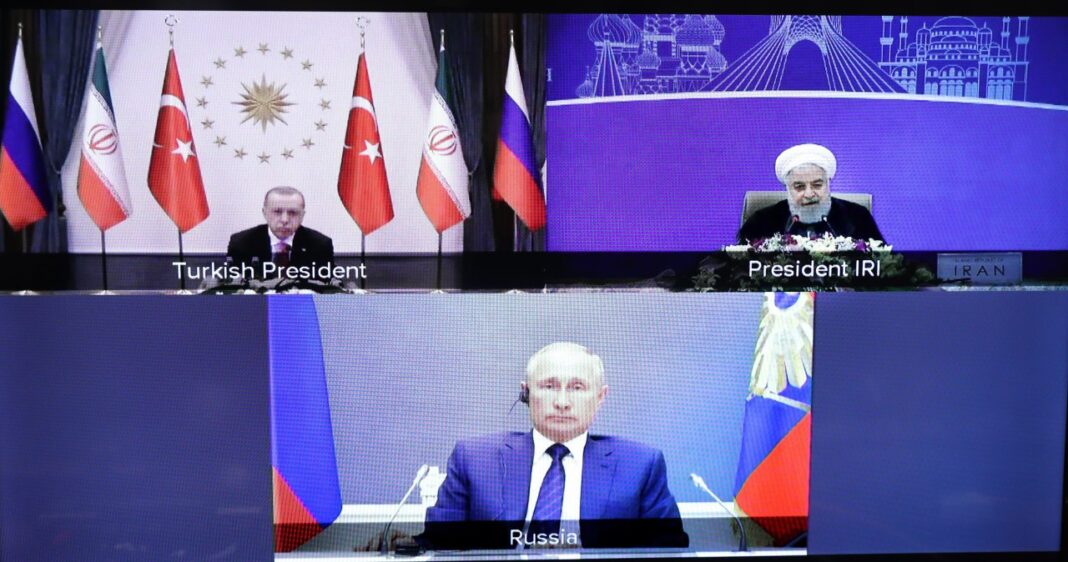 Presidents of the Islamic Republic of Iran, the Russian Federation, and the Republic of Turkey have issued a joint statement, emphasising their strong commitment to the sovereignty, independence, unity and territorial integrity of Syria.

The statement was released on Wednesday at the conclusion of a video teleconference of the leaders of Astana Process guarantor states.

What follows is the full text of the joint statement released by President Hasan Rouhani of Iran, President Vladimir Putin of Russia, and President Recep Tayyip Erdogan of Turkey: