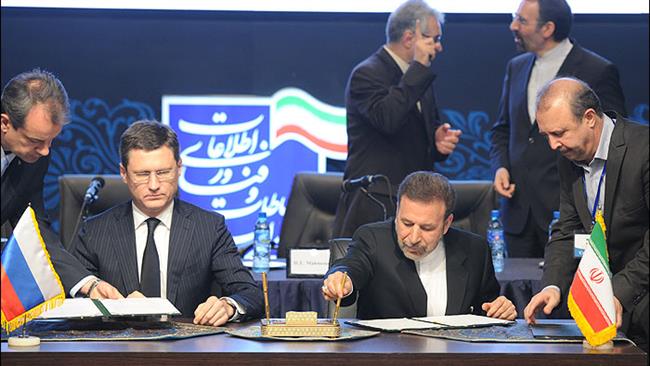 Russian officials say Moscow is working on an ambitious plan to establish a joint Islamic bank with Iran – a move that can not only help promote their banking ties but also provide them with a wide banking network of Muslim countries.

The announcement was made by Russia’s Energy Minister Alexander Novak who visited Tehran earlier this week for talks on expansion of mutual cooperation in a variety of areas.

“The creation of a Russian-Iranian Islamic bank was discussed. Our banks are exploring the mechanism, the related decision has not been made yet,” Novak was quoted by the media as saying at a bilateral meeting held in Tehran.

No timeframe or potential size was given for the proposed bank, which would be the first such institution operating in the two countries, Reuters wrote in a report on the move.

State-linked Russian lenders Vnesheconombank, Sberbank and Tatfondbank have been developing Islamic financial products of their own over the past year, it added.

Iran is keen to diversify funding options for its companies.

At present, most financing in Iran is sourced from domestic lenders with only a small portion sourced from foreign sources and the debt capital markets.

Other reports by Iran’s domestic media emphasized that Tehran and Moscow were moving close to a scheme to ditch the dollar and trade in their own local currencies.

Iran’s Persian-language newspaper Aftab-e Yazd quoted Deputy Director of International Cooperation and Public Communications Department of the Russian Central Bank Andrey Melnikov as saying that Iran and Russia were preparing for on trade in national currencies at the Moscow Exchange.

“There are issues requiring further consideration. There is no doubt [that] it is positive that [Russian and Iranian] central banks are reviewing them. This and the present project on currency pair trading of the [Russian] ruble and [Iranian] rial will significantly increase the [volumes of] using the national currencies for mutual settlement in case there is demand for these currencies,” Melnikov was quoted as saying in a report that was also carried by Sputnik news agencies.