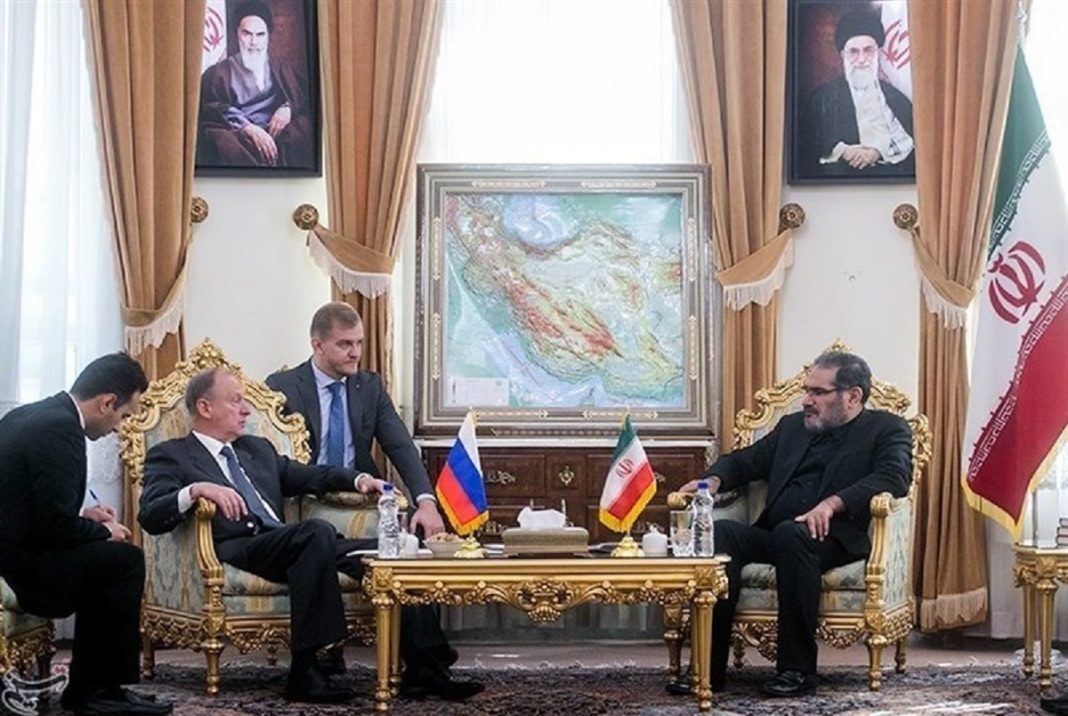 Top Iranian and Russian security officials have slammed attempts by Western states to impose their own will on independent states through economic pressure, calling for the two countries to vastly broaden their economic cooperation against the Western sanctions targeting the two nations.

Ali Shamkhani, the secretary of Iran’s Supreme National Security Council (SNSC) met with his Russian counterpart, Nikolai Patrushev, in the Tajik capital of Dushanbe on the sidelines of the 4th Regional Security Dialogue on Afghanistan on Friday.

During the meeting, Shamkhani stressed the need for a “fundamental leap” in economic transactions between Tehran and Moscow, saying the two sides should lay the groundwork for co-existence under the Western sanctions by turning the bans into an opportunity for creating an “endogenous and productive” economy.

“It seems that sanctions against Russia will not be lifted when the [Ukraine] war ends. That is why we should draw up a long-term, strategic and comprehensive cooperation system involving sanctioned countries,” he said.

Expansion of cooperation in the Shanghai Cooperation Organization and creation of joint financial and banking mechanisms among the member states could greatly contribute to efforts at offsetting the impact of unlawful sanctions on their trade relations, Shamkhani said.

In turn, Patrushev said the West was using sanctions as a tool to impose its own will on other states, stressing the need for Tehran and Moscow to “make plans” for overcoming the current challenges.

Iran and Russia, he added, should activate new mechanisms for trade, especially including the use of national currencies in trade and creation of an independent system of financial transactions.

Patrushev called for Tehran and Moscow to finalize a long-term bilateral cooperation agreement and work to complete the North/South Corridor project.

He said the West was bent on dealing a blow to Russia and would move to impose sanctions on the country anyway even if there was no war in Ukraine.

The Russian military operation in Ukraine only served as an excuse for the West to slap those bans on the Russian nation, he added.

The Russian official said that the war in Ukraine helped uncover “bitter truths” about the biological and chemical labs run by the US in Ukraine, adding that Moscow is in possession of “undeniable and precise” evidence that proves Washington’s unlawful activities there, which will be released in the near future