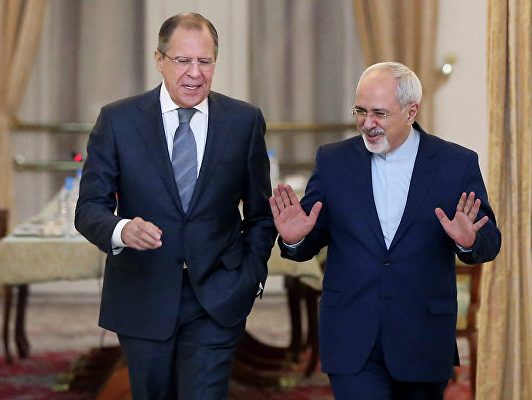 The Tuesday phone call came ahead of Russian President Vladimir Putin’s Wednesday visit to the Islamic Republic of Iran.

Putin is going to attend the second trilateral summit of Iran, Russia and Azerbaijan Republic which will be held on Wednesday in Tehran, according to Iranian Foreign Ministry Spokesman Bahram Qassemi.

“This would be the second summit. The first was held in Baku. We will hold bilateral meetings on the sidelines of the summit,” Qassemi told reporters in Tehran on Monday.

In August 2016, Iranian President Hassan Rouhani and his Russian and Azerbaijani counterparts Vladimir Putin and Ilham Aliyev held a key tripartite summit in Azerbaijan’s capital where they discussed ways of enhancing cooperation in the areas of commerce, energy, communications, transport and transit. They further exchanged views on environmental issues and the fight against terrorism.

The next three-nation summit meeting will be held on November 1 during which senior Iranian, Russian and Azeri officials will discuss regional developments and the battle against terrorism, the spokesman added.