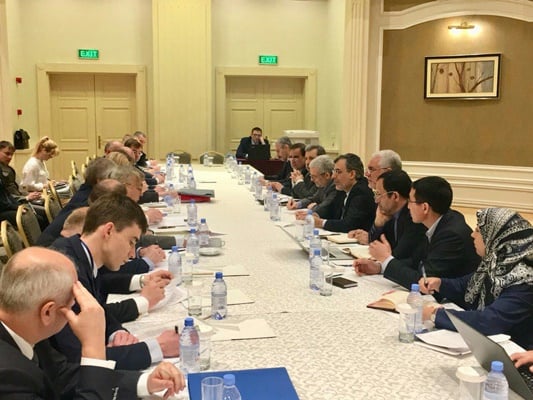 The Iranian delegation to Astana Talks on Syria has held talks with Russian and Syrian delegations on the latest developments in the war-torn Arab country.

During the Monday talks, the two sides discussed the latest political and field developments in Syria and exchanged views on the Syrian-Syrian dialogue to resolve the Arab country’s crisis through peaceful ways.

Jaberi Ansari also met with members of the Syrian delegation led by Bashar Jaafari, the Syrian ambassador to the UN.

In the meeting, the heads of the Iranian and Syrian delegations taking part in the 9th International Syria Peace Conference (Astana Process) discussed the latest developments in Syria both in the political arena and on the ground.

They also exchanged views on the agenda of this round of Astana talks.