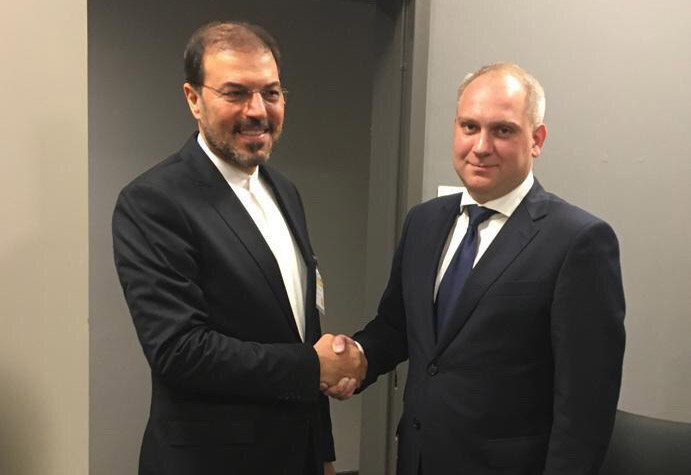 Russian Deputy Minister of Industry and Trade Oleg Ryazantsev has held talks with Iranian Deputy Foreign Minister for Legal and International Affairs Gholam-Hossein Dehqani in The Hague, the Netherlands.

The meeting was held on the sidelines of the 24th session of the Conference of the States Parties to the Chemical Weapons Convention (CWC).

In the meeting, the two sides exchanged views about issues on the agenda of the conference. They also urged closer cooperation between Iran and Russia at the Organization for the Prohibition of Chemical Weapons (OPCW). The two sides further discussed ways to stop the organization from being undermined and to boost the implementation of the convention by member states and the secretariat of the conference.

They also underlined the importance of observing the “consensus” principle in the decision-making process at the organization and remaining committed to the text of the convention when taking action by institutions affiliated with the organization as well as its secretariat.