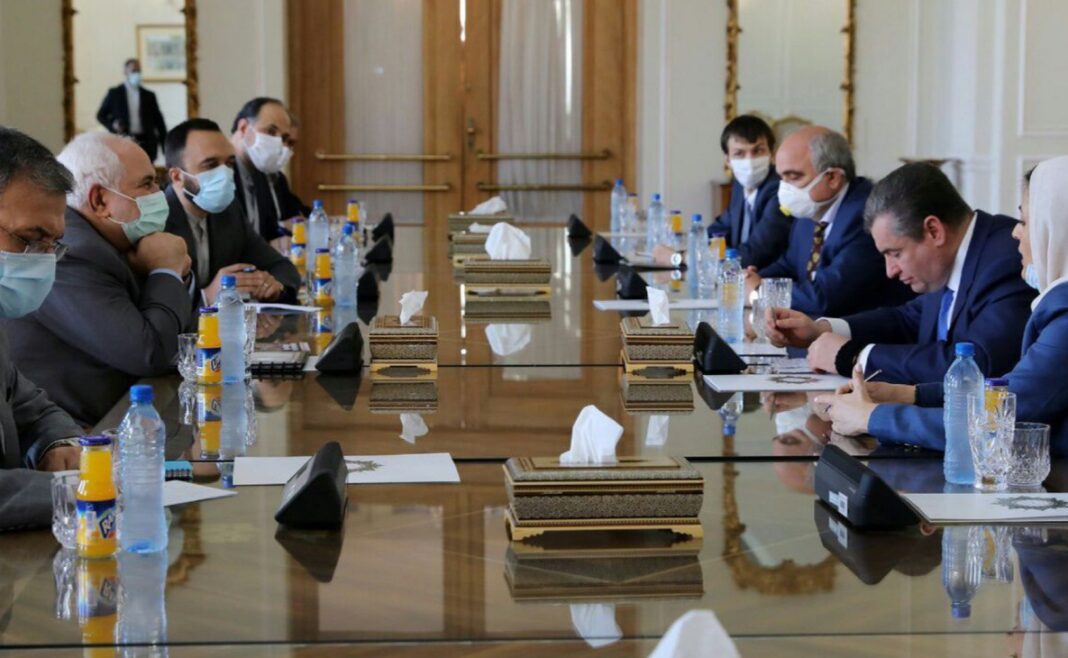 Iranian Foreign Minister Mohammad Javad Zarif has held talks with Leonid Slutsky, the chairman of the Committee on International Affairs of the Russian State Duma, who is in Tehran to meet and hold talks with Iranian authorities.

In the Sunday meeting, Zarif described as significant the relationship between the two countries’ parliaments. He noted the two legislatures have stressed the need to further upgrade the level of bilateral strategic ties.

Moreover, given the level of Iran-Russia cooperation on different fronts, the top Iranian diplomat stressed the need to update a long-term cooperation agreement between the two countries and bring it up to the level of strategic relations in line with the enhancement of reciprocal ties.

The Russian official, in turn, said his trip to Iran comes amid the coronavirus outbreak, which indicates the high level of Tehran-Moscow relations as well as the importance of issues between the two countries.

In addition to bilateral issues, particularly economic ties, the two sides also discussed other issues, including the Iran nuclear deal, developments in Syria, Iraq, Yemen and Libya as well as regional and international mechanisms and pertinent organizations.