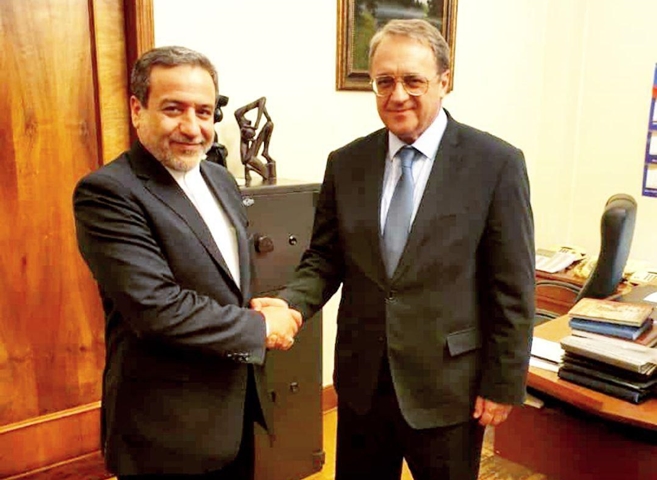 In the Saturday meeting, the two sides exchanged views on developments in West Asia and the Persian Gulf, including the situation in Iraq, Lebanon, Syria and Yemen, as well the Hormuz Peace Endeavour (HOPE) initiative proposed by Iran.

Araqchi and Bogdanov, who is also the Russian president’s special envoy for the Middle East and North Africa, further discussed Moscow’s plan on collective security in the Persian Gulf.

They also stressed the need to continue consultations and talks between the two countries on regional developments.

Araqchi is in Moscow to attend and deliver a speech at the Nuclear Energy, Disarmament and Non-Proliferation Conference where the Iran nuclear deal known as the Joint Comprehensive Plan of Action (JCPOA) is to be reviewed as well.