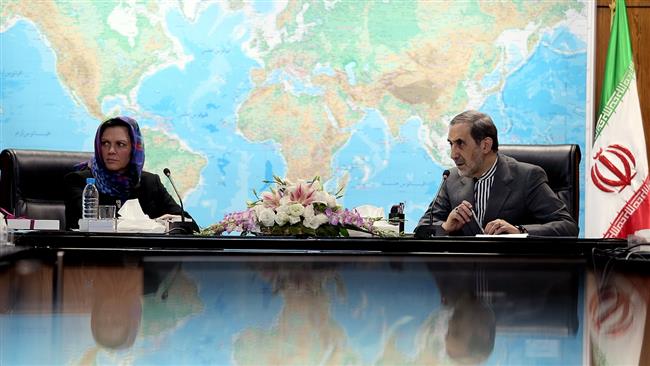 Any country’s fate should be determined only by its people without any foreign intervention, Velayati said in a meeting with Ilse Aigner.

A senior Iranian official has reiterated Tehran’s opposition to military intervention in Syria, saying that would further complicate the tumultuous situation in the conflict-stricken Arab country.

“Five years of conflict in Syria has showed that the country’s problem has no military solution,” Ali Akbar Velayati, a top advisor to Leader of the Islamic Revolution Ayatollah Seyyed Ali Khamenei, said in a meeting Tuesday with Minister for Economic Affairs, Media, Energy and Technology of Germany’s Bavaria State Ilse Aigner.

The Iranian official criticized any plan to divide countries in the Middle East, saying, “Partitioning regional states will not settle issues but will add to their complications.”

He added that any country’s fate should be determined only by its people without any foreign intervention.

Velayati called on all countries to help put an end to the war in Syria and hold elections in the country, saying Germany can play a positive role in this regard.