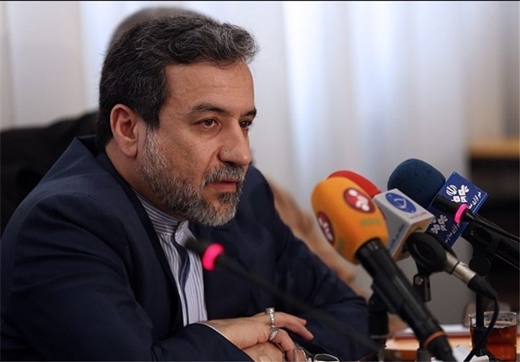 Unilateral approaches, support for the invasion of Yemen and attacks on the civilians and Yemen’s infrastructure will not bring about peace and stability to the country, Araghchi said.

Deputy Foreign Minister Abbas Araghchi dismissed as “biased” a draft report prepared by the Organization of Islamic Cooperation (OIC) Contact Group on Yemen, saying Tehran disapproves of a document that has supported invasion of Yemen.

The OIC Contact Group on Yemen held its first meeting on the sidelines of the OIC Annual Coordination Meeting of Foreign Ministers at the UN Headquarters in New York on Thursday.

The report has also expressed the Contact Group’s support for Saudi-led “military action undertaken to defend Yemen, its people and its legitimate government on the invitation of President Hadi.”

OIC Secretary General Iyad Ameen Madani also delivered a speech to the meeting, voicing support for the so-called “coalition forces in their efforts to maintain the unity of Yemen’s people and territory”.

Mr. Araghchi, who represented Iran at the meeting, underscored in response that “unilateral approaches, supporting the invasion of Yemen and attacks on the civilians and Yemen’s infrastructures will not bring about peace and stability to that country.”

He said Iran has tried several times to help settle the crisis in Yemen and gather all Yemenis together for peace talks, but the efforts have failed because “one side has refrained” from resuming the political talks and the war on people of Yemen has gone on.

“For those reasons, the Islamic Republic of Iran will not approve of the report prepared by the secretariat, dubbed the Contact Group on Yemen’s report,” Araghchi said.

He also urged the OIC to adopt an evenhanded stance toward Yemen, saying that tensions in the Arab country have no military solution.

“All parties (in Yemen) should focus efforts on finding a peaceful solution,” the Iranian diplomat added.