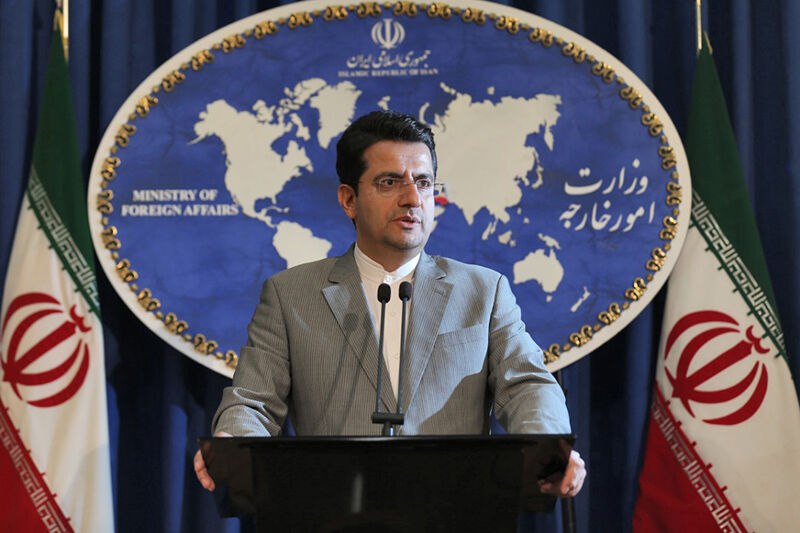 Iranian Foreign Ministry Spokesman Seyyed Abbas Mousavi has condemned  a statement issued by the heads of certain Arab states at the end of an emergency meeting in the holy city of Mecca, rejecting the "unfounded" accusations raised against Iran in the statement.

Mousavi said the Islamic Republic has no doubt that the contents of such statements don’t necessarily reflect the real stance of all members states.

The spokesman also expressed regret over Saudi Arabia’s abuse of its privilege as the host of the emergency summit of the Organization of Islamic Cooperation (OIC).

Mousavi said Saudi Arabia has made instrumental and political use of the blessing of the holy month of Ramadan as well as the holy city of Mecca to level accusations against Iran in a statement attributed to the participating delegations.

“Instead of seizing the opportunity of the International Quds Day as well as the summit of Arab and Islamic states to raise and pursue the issue of the holy Quds and the Palestinian people’s rights, Saudi Arabia has opted for the wrong approach and continued to sow division between Islamic and regional countries, which is the wish of the Zionist regime,” he said.

“We see the attempts by Saudi Arabia to rally neighbouring and Arab countries against Iran as the continuation of futile attempts by America and the Zionist regime against the Islamic Republic,” he added.

The spokesman finally expressed hope that Saudi Arabia’s failure to support the cause of Palestine and the wrong approach adopted by certain Islamic states of the region during the summit of the Persian Gulf Cooperation Council in the holy city Mecca could be compensated.

He also called on Muslim states not to let the issue of Palestine and the holy Quds be overshadowed by such divisive policies and strategic mistakes, because it has been the long-time dream of the Zionist regime that Islamic and Arab states forget about their main and joint enemy and get involved in their internal affairs.

Saudi Arabia’s King Salman on Friday ratcheted up the rhetoric against arch-rival Iran, calling on Arab states to confront its “criminal” actions after attacks on oil installations sparked fears of a regional conflagration.

The king’s remarks came at the start of two back-to-back emergency summits in Mecca in the early hours, which drew near-unanimous support for the Sunni kingdom from Persian Gulf and Arab states — with the notable exception of Iraq.

The summits came after hawkish US National Security Advisor John Bolton said on Wednesday that Iran was “almost certainly” behind May 12 attacks on four ships, two of them Saudi oil tankers, off the United Arab Emirates.

Tehran dismissed the accusation as “laughable” and accused Bolton of pursuing “evil desires for chaos in the region.”