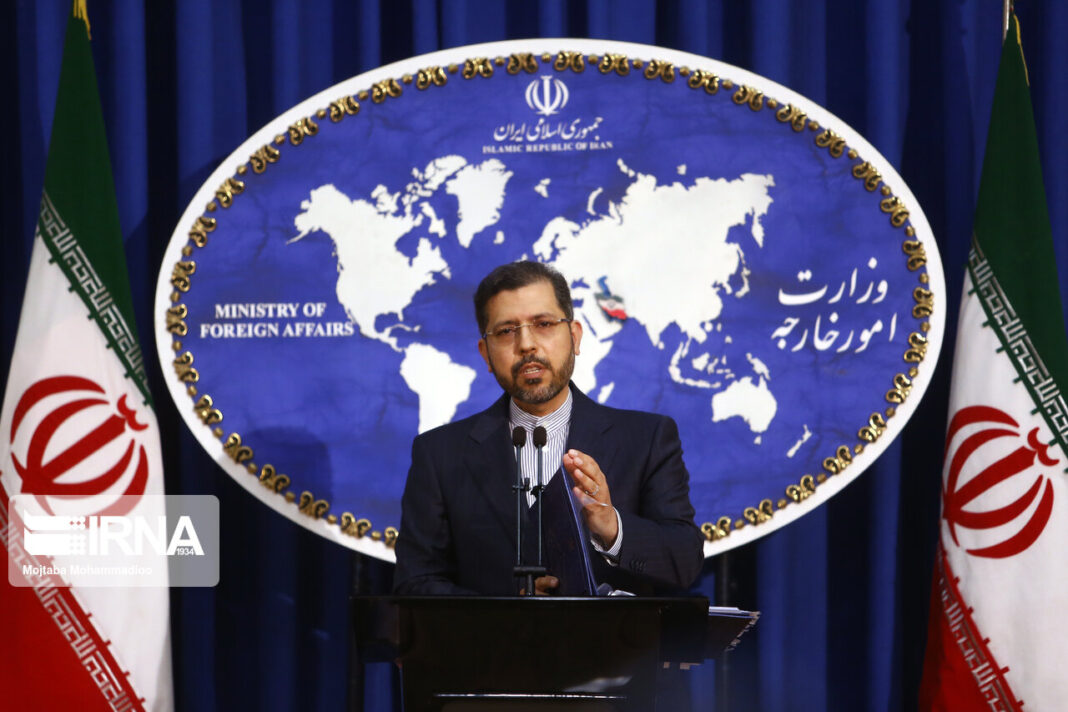 The Iranian foreign ministry spokesman categorically rejected the unfounded allegations brought against Iran in a statement issued at a fake quadrilateral committee of the Arab League.

“It is regrettable that some Arab countries are seeking to divert people’s attention from their wicked and destructive moves by arousing fictitious animosity instead of taking care of the key issues that the Arab world is facing, including attempts [by some Arab states] to pave the way for the Israeli regime’s presence in the region, disregard for the cause of Palestine, the perpetuation of the cruel war against Yemen’s Arab people and the creation of the worst humanitarian disaster in the contemporary era, and years-long support for terrorism and terror groups,” said Saeed Khatibzadeh on Friday evening.

“Countries whose destructive aggression over the past six years has not only destroyed basic infrastructure in Yemen, but also caused hunger, disease, displacement and poverty among millions of people, and who have the blood of innocent people on their hands, are trying to evade responsibility for these crimes by pressing baseless charges,” he said.

“The rehashing of futile claims about the three Iranian islands has had, and will have no bearing on the existing historical, geographical and historical realities, and these islands are an integral part of the Iranian territory,” said the spokesman.
He then highlighted Iran’s policy of good neighbourliness and mutual respect vis-à-vis neighbouring countries as well as non-interference in one another’s internal affairs.

He expressed hope the Arab League and some regional countries change their approach to one of dialogue and regional cooperation instead of issuing hollow and provocative statements which have no other result than the perpetuation of the current destructive trend.