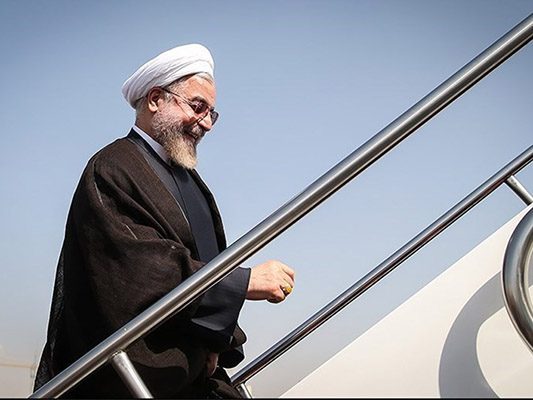 Iranian President Hassan Rouhani has admired his Turkish counterpart for his “decisive positions” regarding anti-Iran US plots, saying he showed the US is no longer in a position to dictate policies to regional countries.

“The positions of Turkey and Mr Erdogan in recent months on the US plots against the Islamic Republic have been firm and excellent,” he said.

Rouhani was speaking in Tehran on Wednesday, before departing for Ankara to attend the fifth high-level meeting of Iran-Turkey strategic cooperation council.

“[He] told Americans in a frank language that the time the US was dictating policies to others is over and this country can no more issue instructions for regional countries from the other side of the world,” he said.

Rouhani was referring to frequent announcements by Turkish officials protesting the return of US sanctions that had been suspended under the 2015 nuclear deal.

Turkey has also objected to the Trump administration’s demand that it slash imports of Iranian petroleum products in six months, arguing that the time frame is too tight given his country’s demand for cheap energy supplies.

During the trip to Turkey, an economic meeting involving the two sides’ private sector companies will be held, he said.

They will also discuss the Syria conflict and the fight against terrorism, he said.