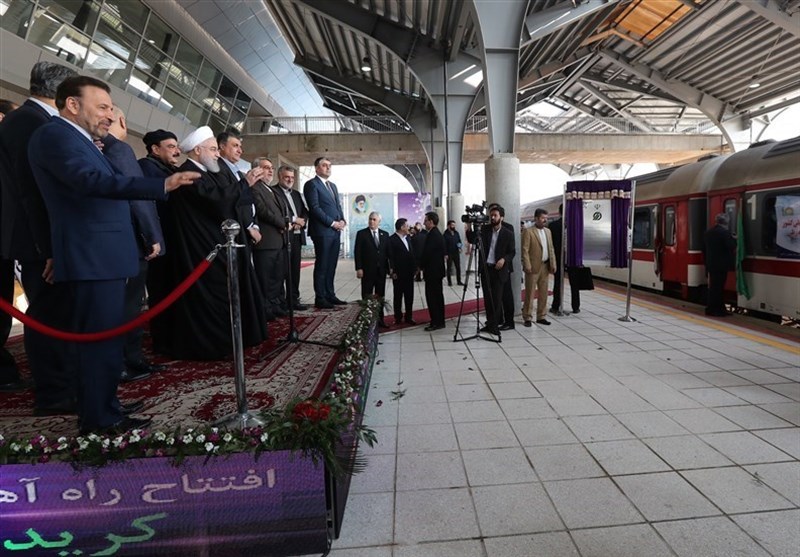 Iranian President Hassan Rouhani on Wednesday inaugurated a railroad line connecting the city of Qazvin to the provincial capital of Rasht in northern Iran.

Accompanied by a delegation of ministers, the Iranian president opened Qazvin-Rasht railroad line at a ceremony in Rasht, capital of the northern province of Gilan.

The new track is a major section of a railroad line dubbed the ‘Green Corridor’, which connects the Caspian Sea to the Persian Gulf.

The railroad line, stretching 164 kilometers, would help save 20 million liters of fuel every year and provides employment for 1,865 people.

Qazvin-Rasht railroad line will be also extended to the port city of Anzali and further to the city of Astara in Iran and a border city with the same name in the Republic of Azerbaijan.

Iran has accelerated efforts in recent years to complete the sections of the international North-South Transport Corridor (NSTC) that pass through its territory.

The NSTC concept was formalized by India, Iran and Russia in 2000.