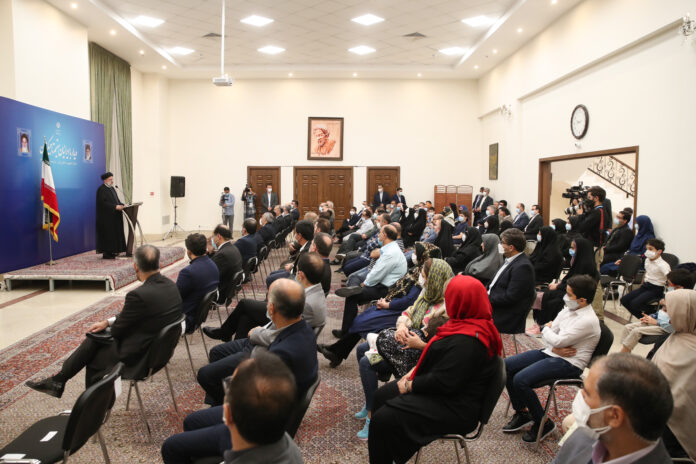 Iranian President Ebrahim Raeisi has met with Iranian nationals residing in Tajikistan as part of the itinerary for day one of his trip to the country.

In the meeting held on Thursday, the president said investment security is subject to the security of both “investor” and the “capital invested.”
“We have guaranteed [the security of] both in the 13th administration, and the stage is set for Iranians inside the country in different ways, including by facilitating and expediting the issuance of licenses,” he said.
He said Iranians, wherever in the world they are, are Iran’s ambassadors and symbolize the country’s grandeur.
“Although the enemy has tried to put the brakes on the Iranian nation’s progress, the Iranian nation has shown that it will remove all obstacles to its development and progress with firm resolve,” the president added.
“Dear Iranians overseas have always tried to benefit their homeland on economic, scientific, technical and engineering fronts with their capabilities,” he added.
President Raisi said efforts should be made to tap into Iranian expatriates’ potential and use it to boost Iran’s progress and expand its relations.
Raisi is in the Tajik capital Dushanbe to attend a Shanghai Cooperation Organization summit.