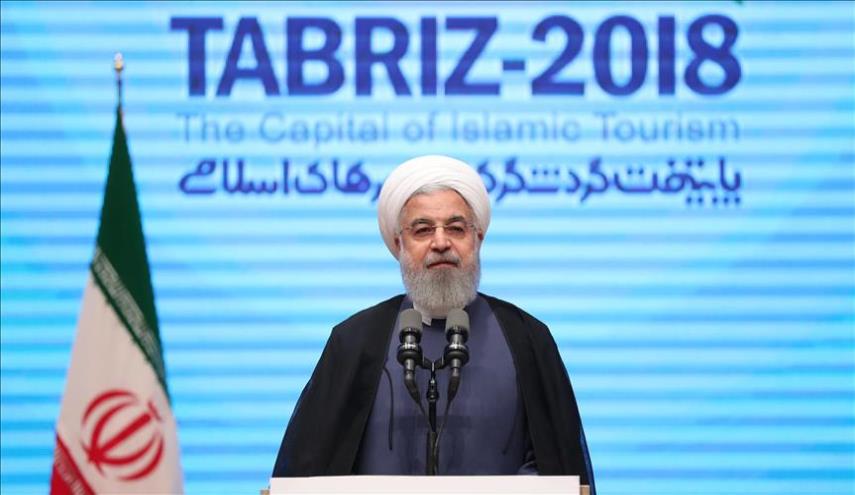 Tabriz 2018, the most important tourism event in Iran this year, was officially inaugurated by Iranian President Hassan Rouhani in a ceremony in the northwestern city on Wednesday.

The event is held on the occasion of the designation of Tabriz, the third largest city in Iran, as the tourism capital of Muslim world in 2018.

The designation was made during a conference of the tourism ministers of the Organisation of Islamic Cooperation held in February in Bangladesh, a report by IRNA said.

Tabriz is the largest economic hub and metropolitan area in Northwest Iran.

As a 3,500-year-old city, Tabriz hosts around 1,800 cultural heritage sites registered on the national List of Cultural Heritage, notably the Grand Mosque and Tabriz Citadel.

The city is famous for its handicrafts, including hand-woven rugs and jewelry.

It has also been declared a World Craft City by the World Craft Council, which, along with Isfahan, makes it one of Iran’s only two cities to boast the title.

The population is overwhelmingly Azerbaijani, though Persian is spoken by residents as a second language.

Speaking in the ceremony, Rouhani said promoting tourism could be a good way to drive constructive engagement with the world.

“Tourism helps people know history of other countries and thus obtain a deeper understanding of other nations,” he said, according to a transcript of his speech posted on President.ir.

“Developing relations with neighbors and other countries improves living conditions of Iranians and produce economic benefits,” he said.

The president said Tabriz, a key location on the legendary Silk Road and a gateway to Europe, has the potential to become a hot tourist destination for decades to come.

Besides western people, Rouhani said Tabriz could hold strong appeal for nations in the region and Muslim world.

“People and officials in East Azarbaijan Province should work towards turning Tabriz into a widely popular tourist destination in the world not only for 2018 but for decades,” he said.