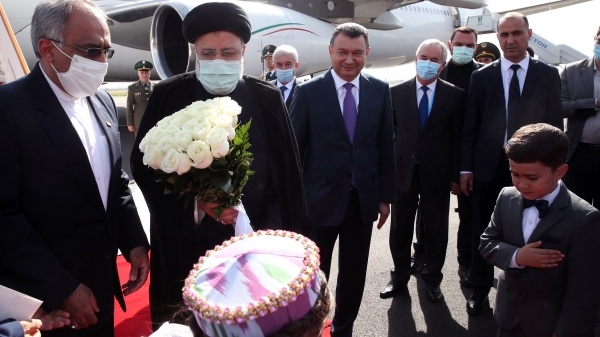 Iran’s President Ebrahim Raisi has arrived in Tajikistan’s capital Dushanbe to attend the Shanghai Cooperation Organization’s summit and meet with the leaders of member states of the body.

He will address the Shanghai Cooperation Organization’s summit on Friday.

There will also be a meeting between the Iranian delegation headed by the president and the Tajik officials. Raisi will hold talks with other heads of state on the sidelines of the meeting.

Before heading for Dushanbe, Raisi expressed hope the visit to Tajikistan will open a new chapter in bilateral ties. He added that Iran and Tajikistan will sign a number of deals including economic and agricultural agreements during his stay in Dushanbe.

The meeting is expected to focus on Afghanistan following the Taliban takeover of the country in August. Fighting terrorism and extremism will also top the agenda of talks at the Shanghai Cooperation Organization.

Iran holds an observer status at the Shanghai Cooperation Organization. But it’s trying to become a permanent member of the body.