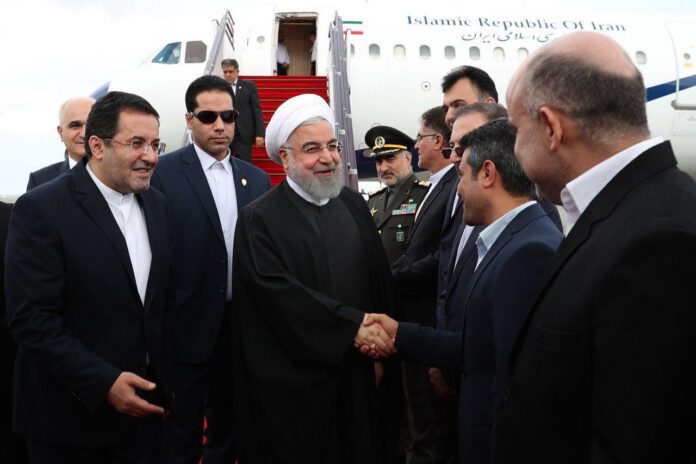 Iranian President Hassan Rouhani has arrived in Baku, the capital of Azerbaijan Republic, on an official trip made at the invitation of his Azeri counterpart Ilham Aliyev.

In Baku, the president is to attend and deliver a speech at the 18th Summit of the Non-Aligned Movement (NAM), said Alireza Moezzi, the deputy head of the Iranian president’s office for communications.