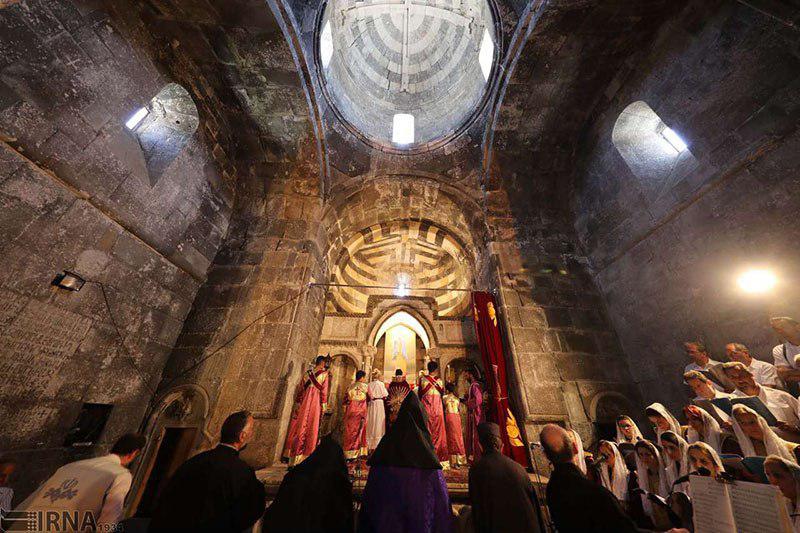 Intense preparations are underway by related Iranian organizations for holding the 64th annual religious ceremony of Armenians in Qara Kelisa or St. Thaddeus Complex in Chaldoran, northwest of Iran.

Certain governmental organizations and officials are involved in making the preparations for the largest annual gathering of Armenians across the world known as Badarak.

“The Cultural Heritage, Handicrafts and Tourism Organization of Iran along with other related organizations are involved in the preparations,” said the CEO of the ICHTO’s Department in West Azarbaijan province, Jalil Jabbari.

According to a report by IRNA, thousands of Armenians from Iran and other nations including Armenia, Syria, Lebanon, the Netherlands, France, Austria, Germany and Canada are to take part in the three-day event, slated on July 14.

“Creating tourism infrastructures in the region, establishing certain places for entertaining the tourists and erecting booths for promoting local handicrafts are among the measures that the ICHTO is adopting for the annual event,” he noted.

For his part, Karim Hassanzadeh, the Governor of Chaldoran, said Islam is the religion of peace and makes no discrimination against other religious minorities. “Badarak reveals the fact that Iranian ethnic and religious groups coexist peacefully.”

He expressed hope that this year’s event could be held peacefully without any serious problem. “Creating some mobile medical centers, deploying police forces to the region for providing the tourists with security are among the main measures adopted by the office of the governor of Chaldoran so far.”

Meanwhile, Sherlly Avidian, Head of Iran’s Historical Church Affairs Department, said with arrangements made by the related organizations, the department is to hold a photo exhibition during the annual event on the West Azarbaijan’s natural beauties.