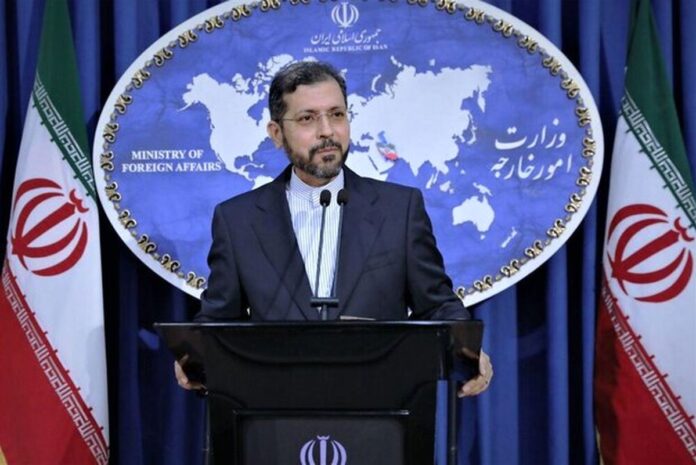 Spokesperson for the Ministry of Foreign Affairs of the Islamic Republic of Iran Saeed Khatibzadeh says Tehran has prepared a plan with details in order to resolve the armed clashes between the Republic of Azerbaijan and Armenia and persuade the warring sides to launch political talks.

Speaking at a weekly press conference on Monday, the Foreign Ministry spokesman reiterated that Iran is ready to use all of its good offices to end the fighting between Baku and Yerevan over the disputed Nagorno-Karabakh region.

“We once again stress the need to respect Azerbaijan’s territorial integrity and the withdrawal of forces from the occupied cities, and underline that the military clashes must stop as soon as possible in order to start inclusive political talks, which should be time-bound, between the two sides,” he noted, adding that Iran has prepared a plan with details within the framework of those purposes.

He also said the Iranian initiative will be pursued in consultation with the Republic of Azerbaijan, Armenia, the regional governments, and the neighboring countries.

“I’d like to say once again that the Islamic Republic of Iran is monitoring the incident and the war that is underway near the northwestern border with sensitivity, carefully and closely, and is addressing it in constant contact with all parties,” the spokesman said.

“The Islamic Republic of Iran has made it clear for all sides since the first day that there is no military solution to the decades-old conflict,” Khatibzadeh underlined.

“We hope the both sides would refrain from continuing war and violence, considering their historical responsibility, would carefully observe the main rights about non-aggression against civilians, and would also bear in mind that the Islamic Republic of Iran cannot tolerate clashes at its borders, specifically a violation of its territory,” he added.

“We have made it clear for our friends at both capitals that they must pay the necessary attention and be careful, as this is absolutely a red line for the Islamic Republic of Iran that its frontier is not violated, even unintentionally,” the Iranian diplomat warned.

Azerbaijan and Armenia have exchanged heavy rocket and artillery fire, with each side accusing the other of targeting civilian areas as the fighting over the disputed region of Nagorno-Karabakh intensified.

Azerbaijan’s foreign ministry said on Sunday one civilian was killed and four wounded in an Armenian rocket attack on its second city of Ganja, and Baku threatened to retaliate by destroying military targets inside Armenia.