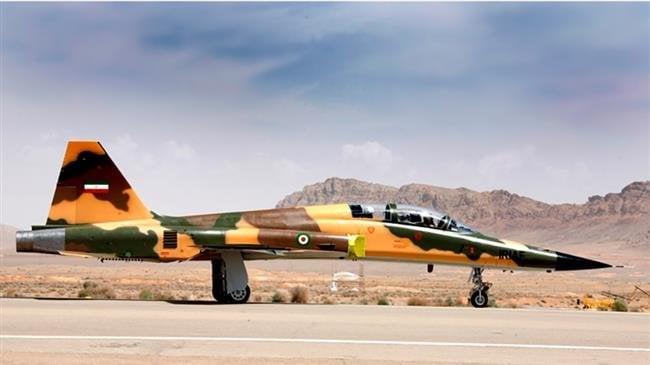 Iran says it is ready to export domestically built fighter jets after showcasing them to potential buyers during an upcoming air show on Kish Island.

“We have already taken the necessary steps to export products that we are authorized to sell,” he told reporters, noting that Tehran will resume selling trainer jets as well.

Iran unveiled its first domestically designed and manufactured fighter jet named “Kowsar” during a defense show in Tehran in August.

The fourth-generation Iranian fighter jet is equipped with “advanced avionics and fire control systems” and can be used for short aerial support missions.

The plane can be manufactured in both single- and double-cockpit types, the latter of which can be used for advanced pilot training missions in addition to its combat capability, according to Fars news agency.

Iran’s Defense Minister Brigadier General Amir Hatami said at the Kish Air Show’s opening ceremony that Iran was steaming ahead and making advancements in all fields despite harsh economic sanctions by the US, which he said is becoming “more miserable” by the day.

“Forty years ago, the Iranian nation purged America as the symbol of imperialism and it will proudly celebrate the 40th anniversary of its independence three months from now,” he said.

Iran’s Navy says its new warship, which will be unveiled later this week, comes equipped with a domestically developed close-in weapon system (CIWS).

Dubbed Kamand, the state-of-the-art system is mounted on the Iranian Navy’s Sahand guided-missile destroyer, allowing it to defend itself against anti-ship missiles, helicopters and a range of other incoming threats.

Rear Admiral Hossein Khanzadi, the commander of the Navy, made the announcement during an interview published by Tasnim News on Monday.

Khanzadi said besides Kamand, the warship has also received a range of new weapons and electronics that put it above its predecessors in terms of combat power and operability.

“This frigate is armed with anti-ship cruise missiles and has larger flight decks to carry heavier helicopters,” the commander said.

Sahand is also equipped with other advanced systems that Khanzadi said “perhaps we don’t need to talk about right now.”

According to Khanzadi, the Navy would commission a total of three new destroyers to its northern and southern armadas in the next four months.

The rear admiral noted that a second destroyer was in line to receive Kamand, which is often referred to as the Iranian equivalent to America’s Phalanx CIWS.

The Navy has yet to disclose more details about the weapons system but according to Khanzadi, Kamand can fire anywhere from 4,000 to 7,000 projectiles per minute.

Earlier this year, Khanzadi told reporters that Kamand had been successfully tested and was ready for deployment. He said back then that Iran was among the few countries in the world with the technology to develop such advanced systems.

Iran is set to showcase its latest achievements in maritime technology during the 20th Iran International Maritime and Offshore Technologies Exhibition (IRANIMEX2018) on Kish Island next month.