Iraqi Minister of Electricity Qasim Al Fahdawi has hailed Iran's crucial role in Iraq’s economy, calling on the Iranian companies to play a more active role in reconstruction of the Arab country.

Al-Fahdawi made the remarks in a Tuesday meeting with Iran’s Minister of Industry, Mine and Trade Mohammad Shariatmadari in Baghdad.

During the meeting, the two sides emphasized the importance of boosting ties between the two countries, especially in the field of energy.

According to a Farsi report by IRIB News Agency, the two ministers also called for the removal of barriers in the way of energy investment.

Shariatmadari, who has traveled to Iraq to activate trade agreements, also exchanged views with Iraqi Minister of Health Adila Hamoud later in the day.

At this meeting, the two sides underlined the significance of establishing bilateral relations in the field of medicine and pharmaceuticals.

The Iraqi Minister of Health also hailed the role of the Islamic Republic in providing medicines and pharmaceuticals to Iraqis.

Shariatmadari arrived in Baghdad on Monday upon the official invitation of Iraqi Minister of Planning Salman Al-Jumaili. His visit comes as part of the regular cooperation between the two countries in various fields, especially the commercial and industrial ones.

According to Iraqi minister of planning, Shariatmadari’s visit is aimed at implementing the agreements reached before, and also discussing opportunities to increase the trade volume between the two neighbouring countries.

The volume of annual trade between Iraq and Iran is nearly $13 billion. Iranian officials in Baghdad said a couple of days ago that the Islamic Republic has exported 12 million tonnes of non-oil goods worth $5.5 billion in the past eleven months to Iraq, stressing that the amount makes up 18 percent of Iran’s total exports to foreign destinations. 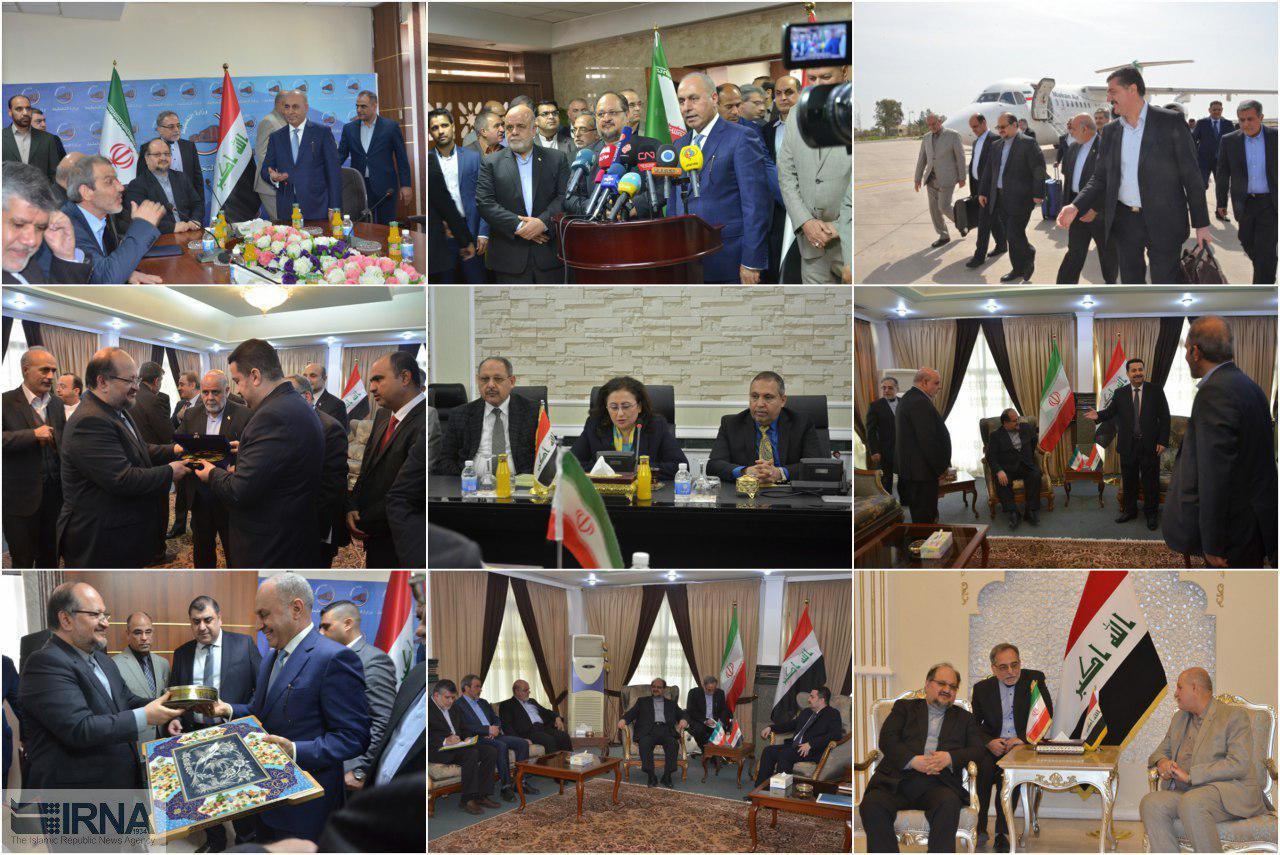