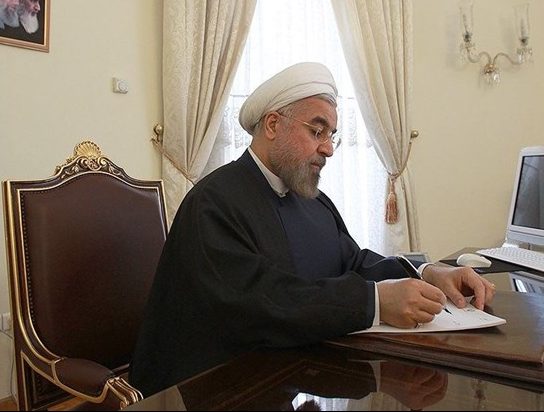 Iranian President Hassan Rouhani has presented a bill to the parliament which, if approved, allows the government to join International Convention for the Suppression of the Financing of Terrorism (ICSFT).

The idea to draft the bill was initiated by Iran’s foreign ministry and approved by the cabinet on October 29, a Farsi report by the Iranian government’s official website said.

In the bill submitted to the Parliament, the government says that the ICSFT is a document developed by the United Nations with the aim of preventing any form of financial support to terrorist groups.

“The Islamic Republic of Iran has always been the main target of terrorist groups since the Islamic Revolution in 1979,” the government said in the bill’s text, stressing that the country has condemned terrorist attacks wherever and in whatever form they happen.

The bill has been presented to the Parliament given the growing threat of terrorism, according to the text released by the government.

The bill also said fight against terrorism requires close cooperation among all states.

The Terrorist Financing Convention formally known as the International Convention for the Suppression of the Financing of Terrorism is a 1999 United Nations treaty designed to criminalize acts of financing acts of terrorism.

The convention also seeks to promote police and judicial co-operation to prevent, investigate and punish the financing of such acts. As of July 2015, the treaty has been ratified by 187 states; in terms of universality, it is therefore one of the most successful anti-terrorism treaties in history.