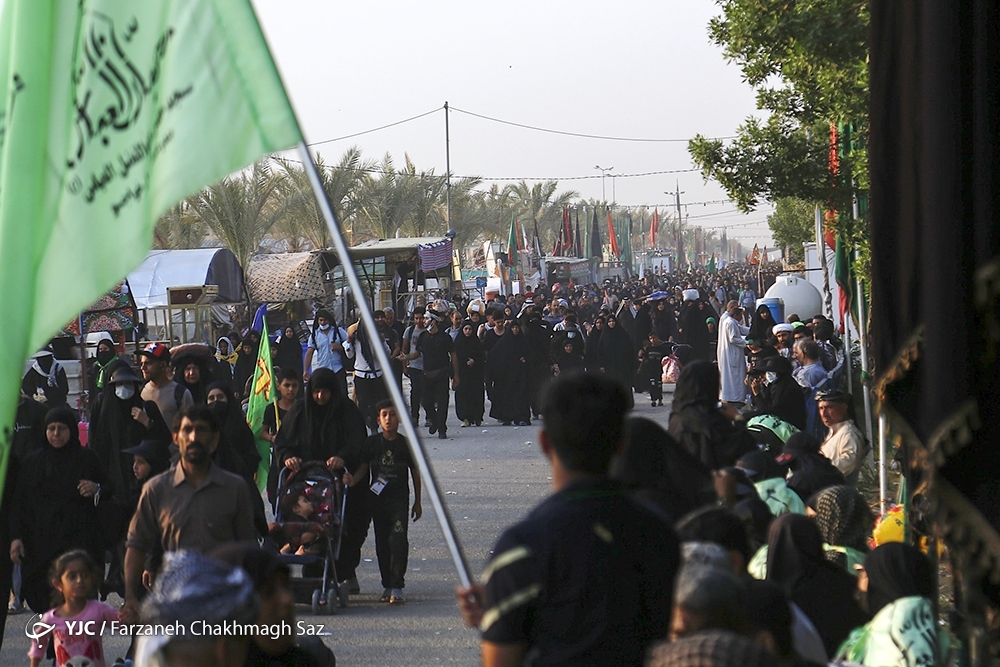 Iranians are ending their Arba’een pilgrimage early and returning home from Iraq as the neighboring Arab country is struggling with millions of pilgrims who arrived there from around the world over the last few days for the mourning rituals.

A large group of Iranian pilgrims couldn’t even reach the Iraqi side of the border as Iranian authorities had to shut the crossings on Friday to help contain congestion in the Western neighbor.

The Iranian Interior Ministry called on Iranians to refrain from traveling to Iraq due to Iraq’s inability to receive more pilgrims.

It also urged those already in Iraq to return home and open space for others to attend.

Upon the call, many of the pilgrims inside Iraq cut their trip short and began coming back prior to Arba’een, the 40th day since the martyrdom anniversary of the third Shia Imam, which falls on September 16-17 this year.

“Unlike the previous years, the facilities inside Iraq were not good and mawakibs (volunteers serving pilgrims) had not been completely set up,” a pilgrim returning to Iran told the IRIB.

Iran’s Arbaeen taskforce said Saturday that the borders with Iraq remained closed, urging pilgrims not to go to the crossings “until further notice.”

It said Iran had dispatched 200 buses to the Khosravi border crossing to help the transportation of the pilgrims.

Annually, Iraq hosts the world’s largest peaceful human gathering on Arba’een. In the run-up to the occasion, pilgrims start a 55-mile journey on foot from the city of Najaf to Karbala, home to Imam Hussein’s holy shrine.

Along the road, Iraq volunteers provide various services to pilgrims, including accommodation and food, while the government is in charge of transportation, medical services, and electricity.

The crisis in pilgrimage comes as Iraq is mired in an internal political dispute.