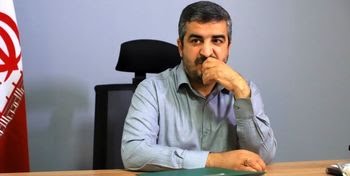 Iranian lawmakers have not voted in favor of President Raeisi’s proposed Minister of Education Massoud Fayyazi. 140 lawmakers voted against Fayyazi and 115 voted for.

The nomination was put to vote on Tuesday after Parliament reviewed the qualifications of the proposed Minister of Education with Raeisi making a speech in defense of his pick with pros and cons delivering their own addresses before Parliament.

At the end of the voting, Parliament Speaker Mohammad Bagher Ghalibaf asked the president to introduce his next pick for the Ministry of Education in due course.

An Iranian MP says the president has one week to introduce his new nominee for Education Minister. Seyyed Nezameddin Mousavi, spokesman for the parliament presiding board said after Raeisi’s first pick lost the confidence vote, he was given three months under the law to propose any number of nominees and win the vote of confidence.

He added that seven days are left from that three-month period.

Mousavi said in the past, the period has been extended following approval by the Leader of Islamic Revolution. But he urged the president to introduce his new pick for Education Minister as soon as possible.