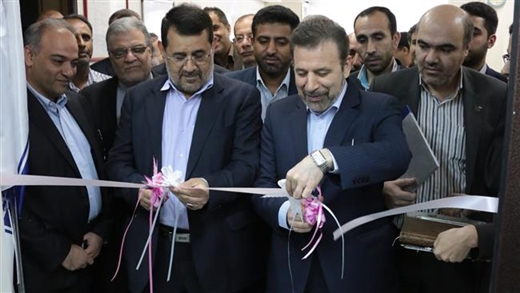 The network is aimed at expanding the bandwidth of Pakistan and international information transit.

Iran and Pakistan have set up a fiber-optic network which connects the two neighboring countries.

The project was inaugurated by Iran’s Minister of Communications and Information Technology Mahmoud Vaezi in the southeastern Iranian province of Sistan and Baluchestan on Monday.

The network was established with the aim of expanding the bandwidth of Pakistan and international information transit.

Known as “IT Silk Road” the fiber-optic network is also seen as part of an international transit route connecting Iran, Pakistan and China to Turkey and Europe.

The Silk Road project has been initiated by China and aims to connect Asia to Europe and Africa through a network of roads, railways, ports and airports.

The ambitious project includes building infrastructure across Central and Southeast Asia, the Persian Gulf, the Middle East and Europe.