Iran, P5+1 to hold next round of talks Dec 17: Iranian negotiator 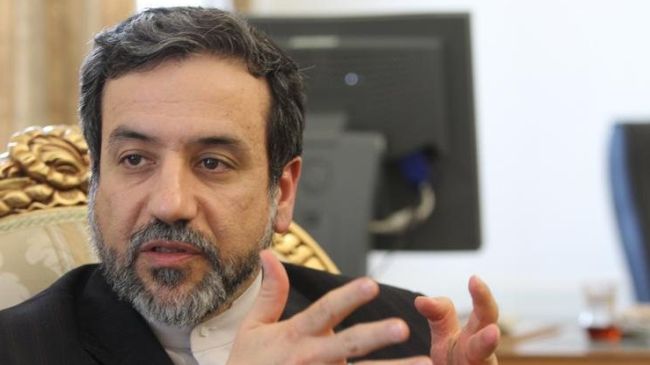 Geneva, Switzerland will play host to a next round of talks between Iran and P5+1 later in December, Iranian deputy foreign minister said.

A senior Iranian nuclear negotiator says the next round of nuclear talks between Tehran and the P5+1 group will be held at the deputy ministerial level in less than a week.
A next round of talks between Iran and its negotiating partners — the United States, France, Britain, Russia, China and Germany — will be held in the Swiss city of Geneva on December 17, Seyyed Abbas Araqchi, who doubles as Iran’s deputy foreign minister for legal and international affairs, said on Thursday.
“There will be bilateral negotiations between delegations from Iran and the P5+1 group in Geneva two days prior to December 17,” the Iranian official added.
“The Iranian negotiating team is expected to hold bilateral talks with the US delegation as well as with other delegations in Geneva,” he further said.
In their last round of talks, Iran and P5+1 wrapped up a week of intense closed-door nuclear negotiations in the Austrian capital of Vienna on November 24. The negotiations aimed to tackle the remaining obstacles that stood in the way of reaching a final agreement.
At the end of the talks, the two sides decided to extend their discussions for seven more months. They also agreed that the interim deal they had signed in the Swiss city of Geneva last November remain in place during the remainder of the negotiations until July 1, 2015.